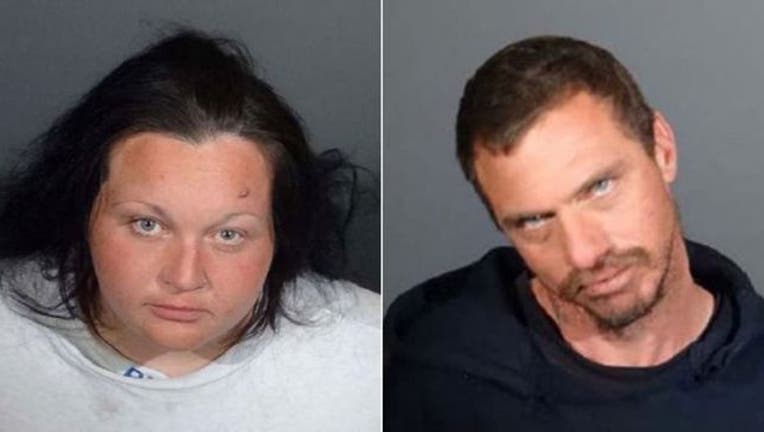 Sarah Nilson, 32, and Vincent Calogero, 38, are accused of attempting to sell their children in exchange for money and drugs. (Los Angeles Police Department)

FOX NEWS - A California couple was arrested after they attempted to sell their children in exchange for money and drugs, authorities said Monday.

Vincent Calogero, 38, and Sarah Nilson, 32, were taken into custody about 4 p.m. Thursday after police received a call about possible child abuse, Los Angeles Police Department said in a news release. Residents in the neighborhood called police to report the children were in danger. It's unclear what incident led to the report.

Calogero and Nilson were attempting to give or sell their two sons in exchange for money and drugs, police said. The children were placed with Department of Children and Family Services personnel.

The couple were booked on suspicion of felony child endangerment, child neglect and being under the influence of a controlled substance. They are being held on $100,000 bail.