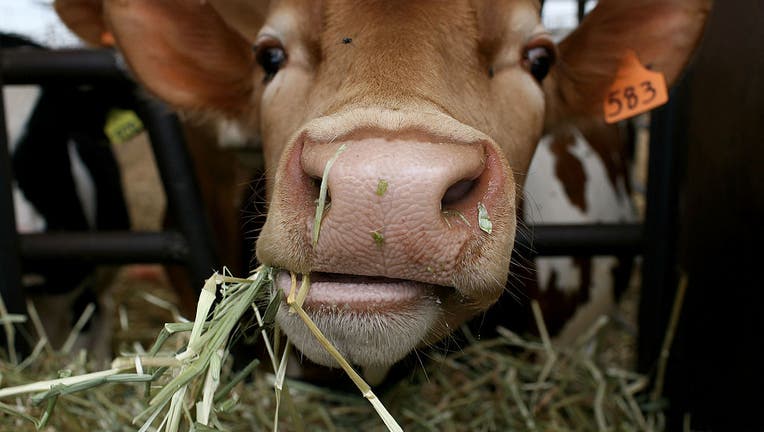 People in several parts of the world have begun to embrace the alleged wellness trend, which reportedly originated in the Netherlands, where it is known as “koe knuffelen.”

According to the BBC, the practice of cuddling cows is supposed to reduce stress in humans by releasing the bonding hormone oxytocin.

Cows are chosen specifically for their warm body temperatures and calm demeanor, the outlet reported.

"Cows are very relaxed animals, they don’t fight, they don’t get in trouble," a farm owner who promotes the practice told BBC. "You come to the fields and we have some special hugging cows and you can lay next to [them] — people think it's very relaxing."

Farms in the United States and Switzerland have also adopted the wellness fad, which, according to a 2007 study in the Applied Animal Behavior Science journal, also benefits the cows.

The researchers found when the animals are rubbed, massaged or pet, they experience relaxation and pleasure as well.

"This suggests that cows may in part perceive human stroking of body regions often-licked similarly to social licking," the researchers write in their study.

Though, if you’re not near a farm, petting smaller domestic animals has also been shown to lower blood pressure in humans and provide relaxation effects.

For updates to this story, go to FoxNews.com