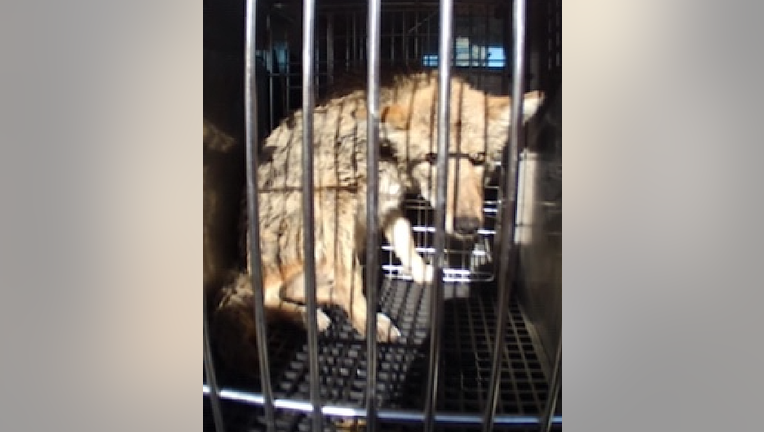 A coyote was in the care of Chicago Animal Care and Control after being pulled from Lake Michigan on Jan. 7, 2020. | Provided

CHICAGO - A coyote is “scared” but doing “fine” after he was rescued Tuesday morning after falling into Lake Michigan at Monroe Harbor.

Firefighters and police were called for an animal in the water about 11:20 a.m. in the 100 block of North Lake Shore Drive, according to police and fire department officials.

Crews were able to pull the coyote from the water and give it to the care of Animal Care and Control, according to fire department spokesman Larry Merritt.

Gandurski said the coyote was already pulled from the water before Animal Control arrived.

The coyote has been transported to an Animal Control facility, and is in the care of a rescue partner, she said.