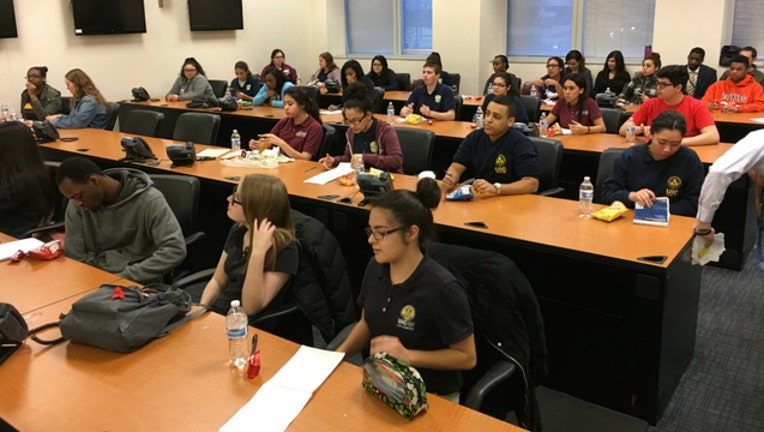 Attorneys for CPS filed a motion with the Illinois Educational Labor Relations Board on Wednesday, seeking an injunction that would block any potential strike, saying the union’s previous one-day strike in 2016 was “illegal.”

“CTU is poised to engage in another unlawful strike,” attorneys for CPS wrote.

Earlier this month, the CTU’s House of Delegates agreed to discuss the possibility of a one-day strike on May 1. The proposed strike would be in response to the prospect of losing 13 school days at the end of the year as well as CPS’ lack of a long-term funding plan.

It would be the second one-day strike by the CTU in 13 months.

Last year, the Labor Relations Board found that the April 1, 2016, teacher’s strike was likely illegal because the union had not completed a fact-finding process.

CPS is asking the board to issue a new injunction that would prohibit any future strikes that did not abide by state law.

“Because this threatened strike, as was the April 1st strike, is unlawful and is exactly the sort of continued unlawful action contemplated by the IELRB’s prior Order, the CBE respectfully requests that the IELRB immediately reiterate and reauthorize its direction that its General Counsel seek injunctive relief,” CPS lawyers wrote.

The union plans to vote on the May 1 one-day strike on April 5. The proposed strike would coincide with International Labor Day.

At a CTU delegates meeting earlier this month, the agenda item read “Resolved that the CTU delegates will conduct discussions and hold meetings in their workplaces about a May 1st strike for revenue in solidarity with labor and immigrants, with the aim of taking a vote in the regular April 5th House of Delegates meeting on whether or not to recommend a one-day strike to the CTU membership.”