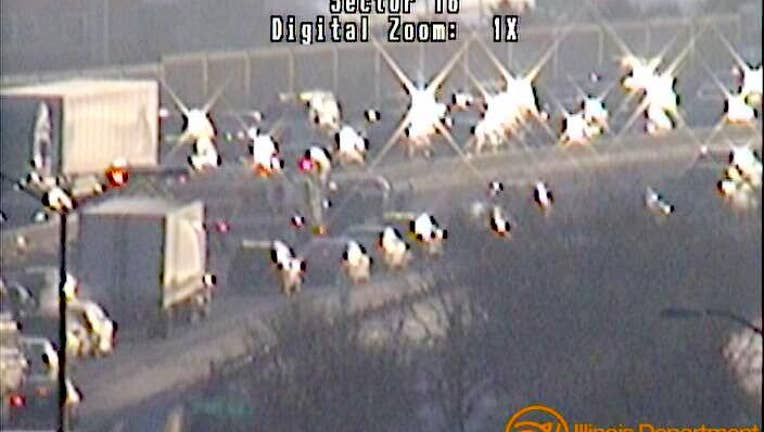 Traffic was backed up Wednesday on I-290 at Wolf Road for a crash. | IDOT

The crash happened shortly before 8 a.m. near Wolf Road, just past the I-294 interchange, according to the Illinois State Police.

A driver rear-ended one vehicle, which crashed into four others, and then sideswiped two more cars, state police said. The driver of the striking car and three others were taken to hospitals with injuries that were not life-threatening.

Media reports showed two crashes in the area, one of which was rolled over.