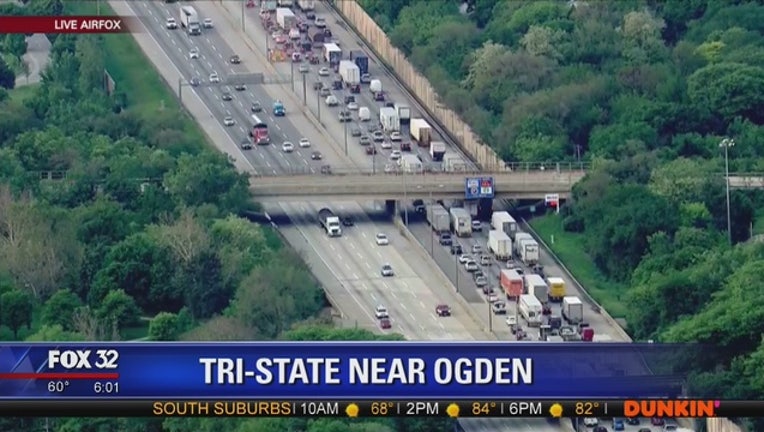 SUN TIMES MEDIA WIRE - Two lanes on the Tri-State Tollway closed Friday in Hinsdale due to a crash.

A couple of semitrailers were involved in a crash about 4:50 a.m. near the Hinsdale Oasis in the southbound lanes, Illinois State Police said. No one was hurt in the collision.

A HazMat team is responding to the scene after one of the trailers leaked about two gallons of hydrochloric acid mixed with other chemicals, state police said.

Two southbound right lanes are closed as crews work to clear the area, and the southbound Hinsdale Oasis parking lot has been evacuated, state police said.