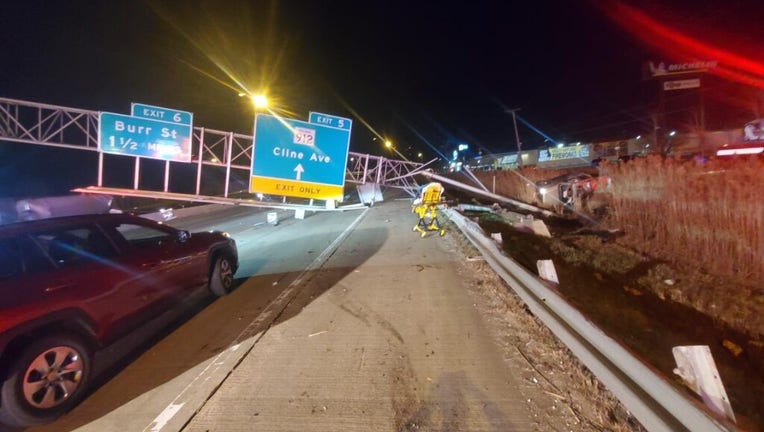 GARY, Ind. - Police in northwest Indiana were searching for a reckless driver who allegedly caused a crash that took down an overhead sign on the Borman Expressway near Gary, critically injuring a driver.

A black SUV was traveling recklessly and may have struck a Chevrolet Suburban, which went barreling into the sign about 9 p.m. Sunday near Cline Avenue on eastbound I-80/94, according to Indiana State Police.

The Suburban hit a guard rail, rolled over and struck the overhead signpost before stopping in a ditch, state police said in a statement. The driver of the Suburban and his son were extricated and taken to hospitals.

The driver, from Chicago, was flown in critical condition to the University of Chicago Medical Center, state police said. His son had minor injuries. 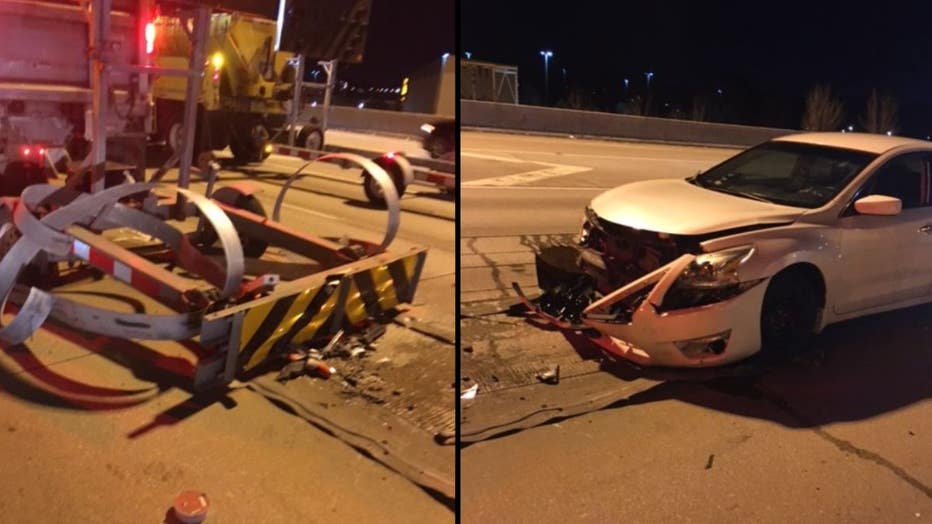 While crews cleaned up the crash, another car crashed into the rear of a work vehicle. | Indiana Department of Transportation

The sign partially fell on another vehicle, but no one in that car was injured, state police said.

The black SUV that caused the crash did not stop. State police asked anyone with information about the vehicle to call Trooper Davidson at 219-696-6242.

While crews cleaned up the crash, another car crashed into the rear of a work vehicle designed to separate crews from passing traffic, according to the Indiana Department of Transportation. The driver of that car was arrested and charged with impaired driving.

All eastbound lanes were closed until about 5 a.m. Monday, state police said.