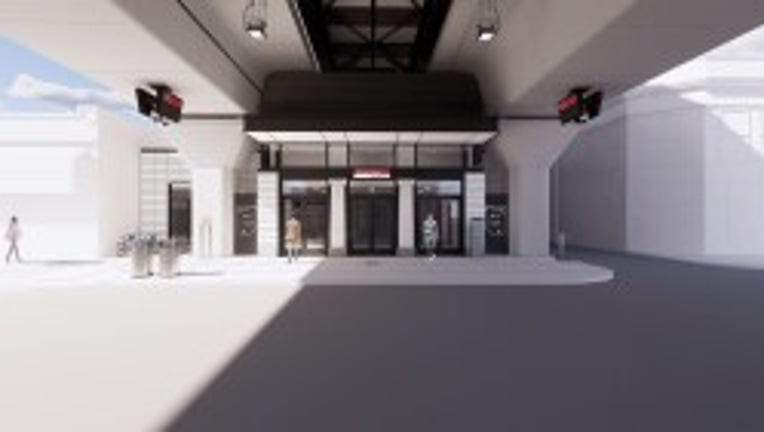 CHICAGO - Four Red Line stations on the North Side are set to undergo complete makeovers this spring to widen their platforms and add elevators and escalators.

The station upgrades — at Lawrence, Argyle, Berwyn and Bryn Mawr — are part of the $4.7 billion Red and Purple Modernization Project that started in 2014.

The Chicago Transit Authority on Thursday unveiled illustrations of what the new station entrances might look like.

The CTA said it worked closely with residents "who live and work in the neighborhoods around the stations to develop designs to create an identity for each station, with each responding to the context and the culture of the local neighborhoods."

All four stations will close in the spring, but temporary stations will open alongside the Argyle and Bryn Mawr stops, the CTA said.

The stations are expected to open by the end of 2024.

The construction is the first part of phase one of the modernization project. That phase, which alone costs $2.1 million, will rebuild every Red and Purple station from Linden to Belmont.

Phase one also includes the construction of a $320 million bypass that will carry northbound Brown Line trains over the Red and Purple line tracks just north of the Belmont Station. The CTA also plans to install a $250 million signal system on 23 track miles to improve train flow and service reliability.

The Red Line, one of the city’s busiest train lines, carries nearly 70 million riders a year.