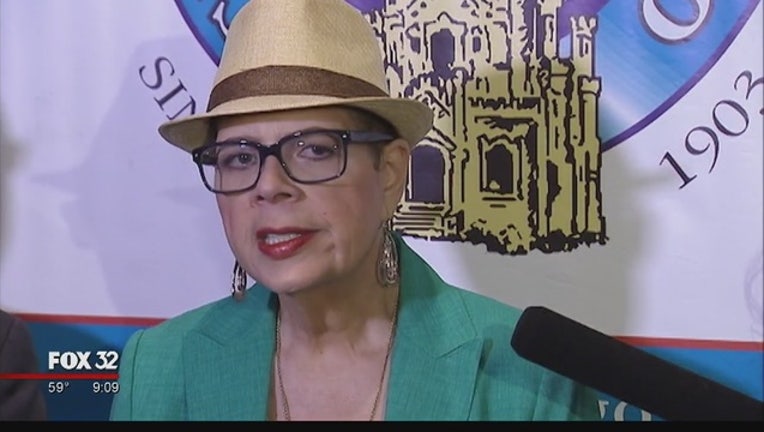 CHICAGO (Sun-Times Media Wire) - The Chicago Teachers Union appears to be backing off an end-of-year strike, citing concerns about losing health insurance as well as pay all summer, as the committee tasked with setting a strike date is to meet Wednesday, the Chicago Sun-Times is reporting.

The union also is concerned about the difficulty of winning support so close to the end of the year from Chicago Public Schools parents, who’ve already scrambled to make plans for kids out of class on a district-mandated March furlough day and an April one-day teachers strike.

Union Vice President Jesse Sharkey said he’s spoken with delegates and members of the 40-member Big Bargaining Team who’ve expressed financial concerns about walking off the job so late in the school year.

“If CPS provokes us, and unilaterally affects change, all bets are off,” Sharkey said, referring to the district’s assertion it could yank a 7 percent pension benefit. “In the absence of that, I get a sense that our members would not be looking at a strike in May.”

Staffers are paid over 10 months, he said, so some members are loathe to lose their last paychecks of the school year. Checks for those who don’t work during the summer restart in September, he said. And there are questions about whether teachers would lose their insurance through the summer — or have to pay for it out of pocket — if they walked off the job in late May, he said.

One team member told the Sun-Times that teachers and clinicians would “like to have at least that first paycheck in September under their belt” before losing pay during a strike.

At a regular monthly meeting Wednesday, members of the House of Delegates will consider whether they want to set a strike date. The earliest state law permits a strike is May 16; the union has to give at least 10 days notice before walking out. The union’s executive team also will meet this week and discuss strike possibilities, Sharkey said, though CTU leadership would like to give legislative proposals in Springfield, including a school funding bill proposed by state Sen. Andy Manar, D-Bunker Hill, time to play out.

“There’s a desire on our part to see if those efforts can be effective and give them a chance to work,” Sharkey said.

Classes end June 21, two days sooner than originally planned because the district struggling to make ends meet imposed unpaid furlough days for CTU members on June 22 and 23 in addition to one on March 25 — to save money.

It would be a tough sell throughout the city for kids to miss more school, particularly among parents of graduates.

CPS has drafted some contingency plans, assuring schools that graduating students would, in fact, be able to graduate on time, though some final exams may have to be canceled if teachers walk out. The district said it would proceed with those plans until CTU confirms it won’t strike in May.

“A final agreement is within reach, and it would prevent a strike that no one wants and that would hurt our students and employees,” CPS spokeswoman Emily Bittner said in an email. “Our objective is to prevent a strike by reaching a final contract agreement and taking a united approach to securing our fair share of funding from Springfield.”

Bittner said that CPS won’t compensate employees who withhold labor. And anyone who stops working keeps health insurance through the end of that month.

CEO Forrest Claypool has said he wouldn’t touch the 7 percent pension benefit as long as a fact-finding process was playing out. The fact-finder made recommendations last month which the union promptly rejected. A 30-day cooling off period is underway.