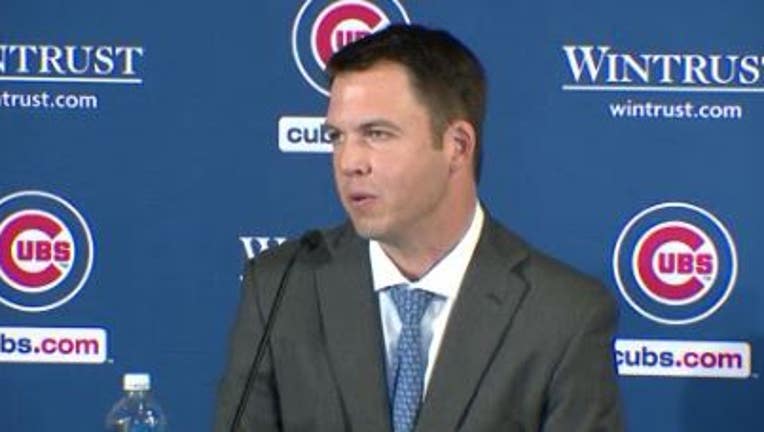 CHICAGO - Carter Hawkins says he and his family are thrilled to be moving to Chicago, so he can work as the general manager for the "first-class" Chicago Cubs.

Hawkins talked at a press conference in Chicago for the first time since it was announced he'd be leaving his job as the Cleveland Indians' Assistant General Manager.

"The leading indicator is having great people with great processes who are disciplined in those processes," Hawkins said. "All of those processes have to lead back to developing players better than the other 29 teams."

Hawkins said that's something that all general managers talk about, because it's important but you have to recognize how easily you can mess it up.

Hawkins spent 14 seasons with the Cleveland Indians. For the last five seasons, he was the team’s Assistant General Manager, while also having been involved in all aspects of baseball operations. That includes player and staff procurement and development, negotiations, rules, and administration and plater personnel decisions at the major and minor league levels.

The Cubs still need approval from the City Council, Illinois Gaming Board and the National Park Service.