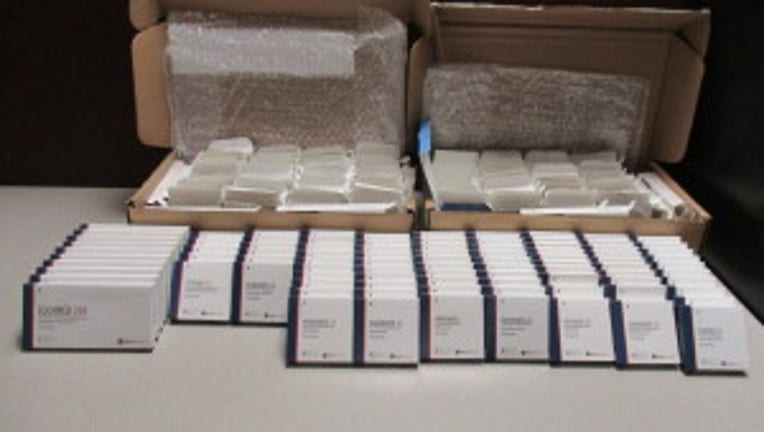 The assorted steroids, which came in two shipments from Lithuania, were labeled as "1 cosmetic" on the manifest, but when CBP officers at O’Hare International Airport opened the shipments Monday they found pills instead, according to CBP spokesman Steve Bansbach.

"The experience and skills of our CBP officers to be able to target and seize this parcel is possibly life-saving," Shane Campbell, Area Port Director in Chicago, said in a statement.

"These pills were destined for a residence and that person may be selling them. The buyer would not know how the pill was processed, which could be life threatening. It’s a dangerous game to play with life-threatening consequences," Campbell said.

The case has been turned over to the investigating branch of the Department of Homeland Security, Bansbach said. It was not clear if charges had been filed.