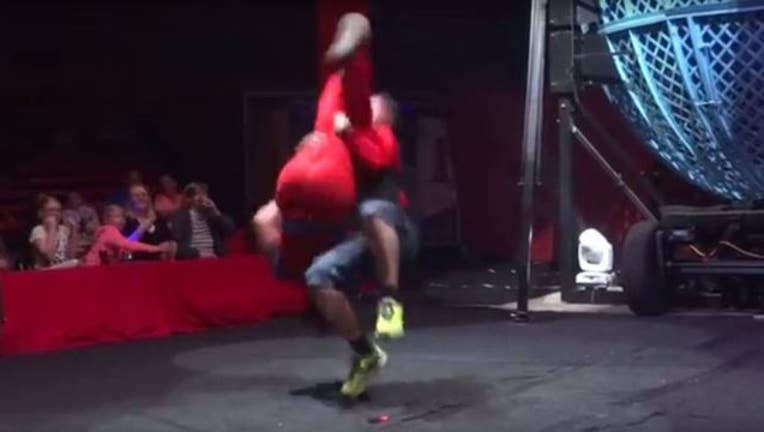 (FoxNews.com) - A man was knocked unconscious during a circus stunt in southern Wales Monday after a clown landed on his head -- all while his fiancee and two of his three daughters watched, the BBC reported.

Still, the man said he appreciated that the circus refunded his money, and said he looked forward to seeing the show again this weekend.

Ben Garnham was seen in the dramatic video being flipped by the clown who appeared to be taken by his own momentum and landed directly on Garnham’s head. The man went limp and, after a quick attempt by circus workers to revive him, was rushed off the stage.

Garnham reportedly suffered a cut head and swollen face. He was taken to a hospital after complaining of a headache.