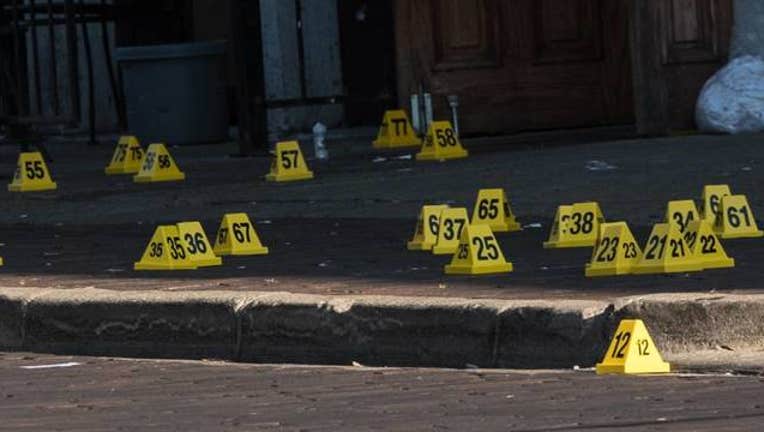 Police mark evidence after an active shooter opened fire in the Oregon district in Dayton, Ohio on August 4, 2019. Photo by MEGAN JELINGER/AFP/Getty Images

DAYTON, Ohio (FOX 10) — Police say 24-year-old Connor Betts behind a mass shooting in Dayton, Ohio, killed his sister and eight others before he was fatally shot by police.

They say his 22-year-old sister, Megan, was the youngest of the deceased victims, who were all killed in the same area. The others were adults ranging in age from 25 to 57.

Authorities say Connor Betts was killed by police less than a minute after he started shooting a .223-caliber rifle into the streets of a popular Dayton nightlife area around 1 a.m. Sunday.

It was the second U.S. mass shooting in less than 24 hours.