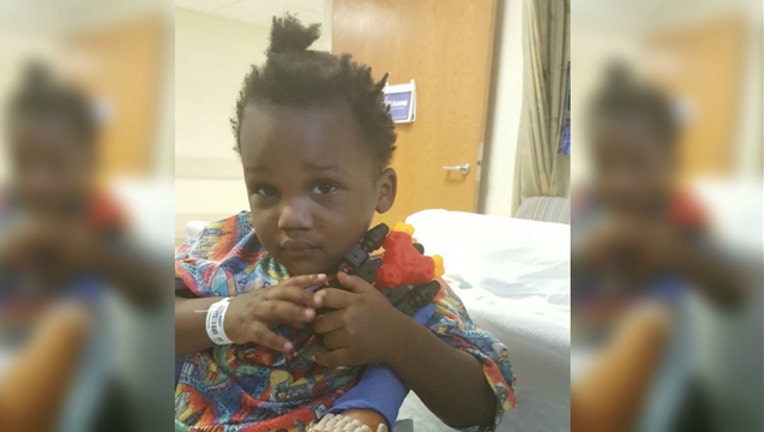 A toddler was found in a parking lot Saturday on the South Side. | Chicago Police

CHICAGO (SUN TIMES MEDIA WIRE) - DCFS are investigating the grandmother of a toddler who was found alone in a parking lot Saturday in the South Deering neighborhood on the South Side.

The boy, thought to be 18-36 months old, was found at 2259 E. 95th Street in the parking lot wearing a blue and white short sleeved t-shirt and a diaper, according to an alert from Chicago Police.

He was found alone, but in good health, police said. He has since been identified, and his guardian was with him at the hospital Saturday evening.

DCFS spokeswoman Veronica Resa said the agency is investigating an allegation of inadequate supervision against the boy’s grandmother, who is his guardian. The investigation is pending.

The boy remains with the grandmother under a DCFS-monitored safety plan, Resa said.