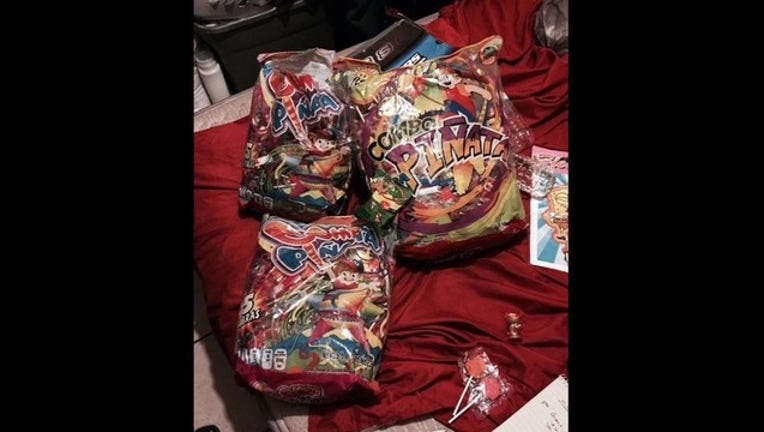 FOX 13 News (WTVT) -- Federal agents say a Manatee County man sold candy made out of meth from the home he shared with his wife and young children.

According to the DEA, a suspect out of the Miami area told investigators that he had picked up methamphetamine -- disguised as candy -- from a home on 59th Avenue Drive W in Bradenton.

When DEA agents and detectives went to the house, they say they found Jesus Casteyano and his wife, who told them that there were "bags of candy" in their bedroom. The wife told agents her husband had warned her that the candy was actually meth, and not to let the kids eat it.

Agents say they found three bags disguised as retail candy -- a total of about 19 pounds -- in a storage tub in the closet.  Casteyano allegedly admitted the candy was his, though he said one more step of processing was required before it would be a "usable methamphetamine product."

Casteyano, 53, made his initial appearance in federal court yesterday on drug charges.  He faces 10 years to life in prison.