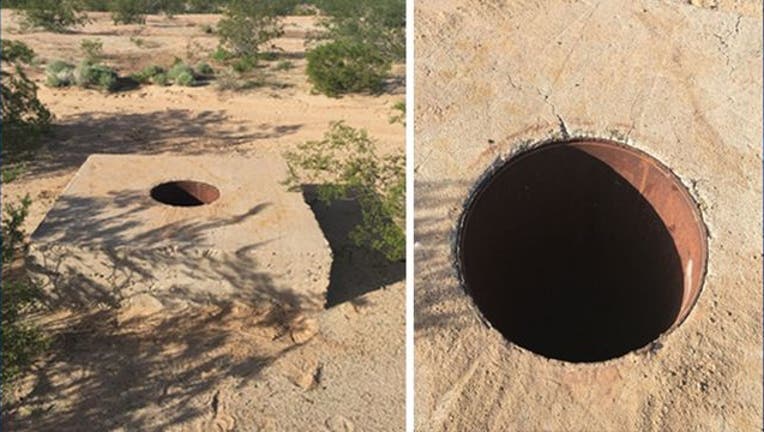 The body of a woman was discovered Tuesday inside of a well in Goodyear, Arizona. (Maricopa County Sheriff's Office)

FOX News -- The body of a woman was discovered Tuesday inside of a well after her boyfriend, who apparently killed her, left behind a series of cellphone videos leading authorities there.

Carolyn Dahlgren, 37, was found inside of a private well in Goodyear, roughly 20 miles west of Phoenix, the Maricopa County Sheriff's Office revealed in a news release Wednesday.

The search for Dahlgren's body was sparked when William Cahill, her 45-year-old boyfriend, was found dead in his car Sunday from an apparent suicide.

During their investigation, detectives found "multiple videos" on Cahill's cellphone in which he claimed to have "shot his girlfriend 'Daisy' twice and placed her body in a well somewhere in the desert."

Investigators on Tuesday night located the well, which was described as "a concrete slab with a metal well shaft, approximately 900 feet deep and 10"-20" in diameter."

Dahlgren's body was located roughly 360 feet deep into the well.