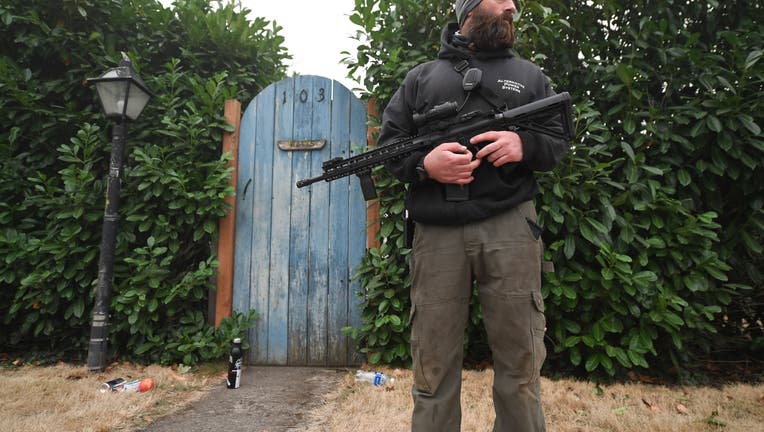 Matt Watts stands guard with firearms outside his home after wildfires and heavy smoke caused many of his neighbors to evacuate the area, in Estacada, Oregon September 12, 2020. - Many residents are concerned looters are breaking homes left empty by

SALEM, Ore. - The death toll from the wildfires raging on the West Coast stands at least 33, with authorities saying nearly all of the dozens of people reported missing after a devastating blaze in southern Oregon have been accounted for.

The flames have destroyed neighborhoods, leaving a barren, gray landscape in their wake, driven tens of thousands of people from their homes and cast a shroud of smoke over the region.

The crisis has come amid the coronavirus outbreak, the economic downturn and nationwide racial unrest that has led to protests in Portland for more than 100 days.

12-YEAR-OLD FOUND DEAD ALONG WITH GRANDMOTHER, DOG IN OREGON WILDFIRES