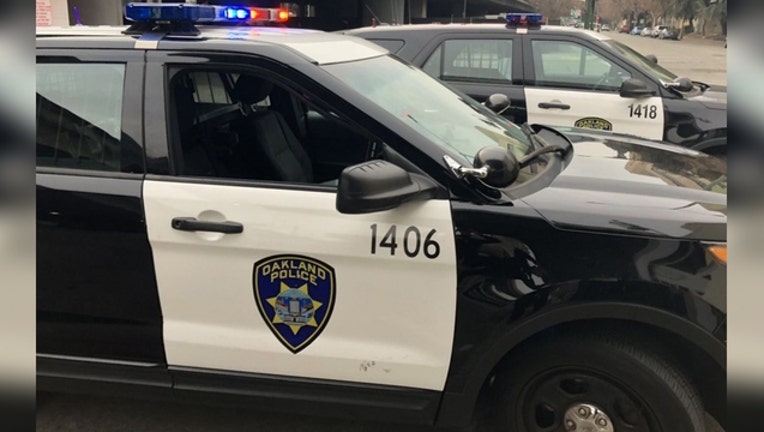 Oakland police said they are investigating whether a human head found in a residential backyard on Friday is related to the discovery of a headless corpse in the area last month. (Oakland Police Department / Twitter)

FOX News -- Two visitors found a decaying human head in the backyard of an Oakland, Calif., home on Friday, and the gruesome discovery may be related to a case last month in which a headless corpse was found in the area, authorities said.

The visitors took the skull to a police station, where authorities began an investigation to determine whether there was foul play, the Oakland Police Department said.

"The human skull was brought to our attention. We called the coroner had them come out to take a look and then we gathered up some troops and went out to the location where they found this thing," Oakland homicide detective Sgt. Michael Cardoza told the Bay Area's FOX 2.

Police told the San Francisco Chronicle they searched the three-unit apartment building’s shared backyard and interviewed its residents. No one living in the building immediately appeared involved, police said.

One resident told the paper that loiterers are common in the area, and they sometimes jump fences onto nearby properties.

Another told FOX 2 that police temporarily detained him.

"They come into my house while I'm eating dinner," resident Manul Adrow told the station. "They come in and tell me something about a head. I don't know nothing about no head.”

The Chronicle reported that police were investigating whether the human head was tied to a “deeply decomposed” headless body found “in close proximity” in late September.

The Alameda County Coroner’s Bureau is working to identify the head and determine whether it was from the headless body.