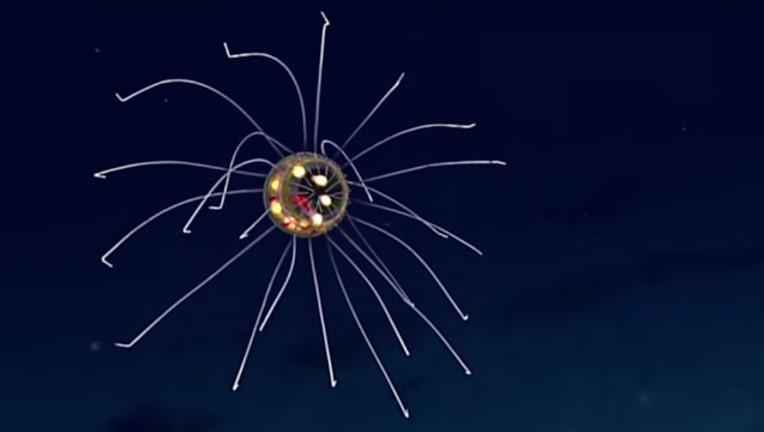 FOX NEWS - It looks like something created with CGI for a sci-fi movie, but it's real --  a stunning jellyfish discovered more than 2 miles beneath the surface of the Pacific Ocean.

The NOAA's Facebook page said the hydromedusa was spotted while their remotely-controlled submersible explored the Enigma Seamount, a ridge located just west of the Mariana Trench.

Scientists believe it belongs to the genus Crossota, which live their whole lives as ocean drifters. They also believe the animal is an ambush predator and waits for edible organisms to get trapped in its tentacles.

According to Scientific American, the NOAA will be probing the Marianas Trench Marine National Monument and the Commonwealth of the Nrothern Mariana Islands over the next nine or so weeks, "looking for new hydrothermal vents; mud volcanoes; deep-sea coral, sponges and fish; seamounts; subduction zones; and, of course, parts of the famous trench, the world’s deepest."