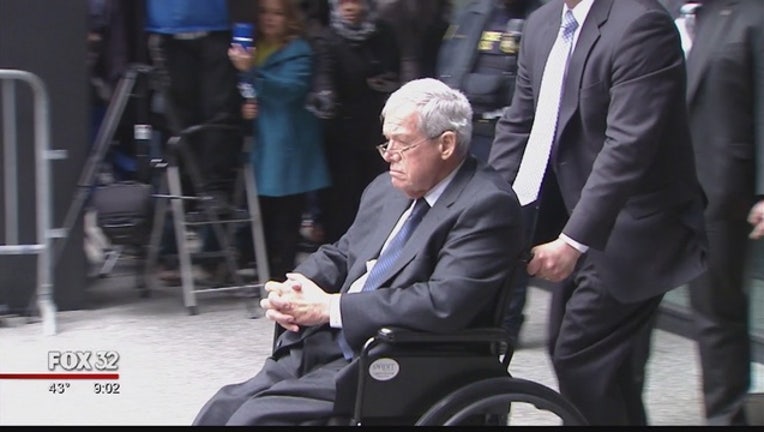 CHICAGO (Sun-Times Media Wire) - A federal judge has ordered Dennis Hastert, a man once second in line to the presidency, to surrender June 22 to serve his 15-month prison sentence for a crime he committed while trying to cover up past sexual abuse of teenage boys, the Chicago Sun-Times is reporting.

The one-sentence order from U.S. District Judge Thomas M. Durkin did not make clear where Hastert will be serving his sentence. He wrote that Hastert is to “surrender to the designated institution on June 22, 2016 by 2:00 p.m.”

A Federal Bureau of Prisons representative also declined to say where Hastert would be serving his sentence, explaining in an email that such information “is not releasable until after an individual arrives at his or her designation.” However, the former U.S. House Speaker is already listed on the Bureau of Prisons’ online inmate locator with the Register Number 47991-424.

Durkin sentenced Hastert in April to 15 months in prison, calling the former speaker a “serial child molester” and forcing him to admit he sexually abused students decades ago at Yorkville High School. Hastert pleaded guilty in October to a financial crime — withdrawing a total of $952,000 from his bank accounts in a way that would avoid detection.

His lawyer told the Chicago Sun-Times last week he would not appeal the sentence.