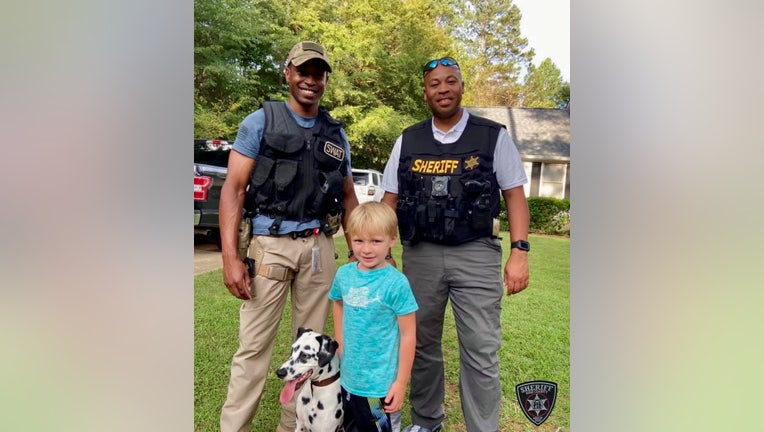 BIBB COUNTY, Ga. - Deputies in Bibb County have helped a beloved Dalmatian reunite with his family after the poor pup went missing.

Officials say the family reported that their pet Dalmatian and German Shepherd went missing on Sept. 9. They were found by a woman, who put an ad on Craigslist to try to locate the owners.

When the family saw the ad, they contacted the woman and told her they were the owner of both dogs. Strangely, the woman said that another person had called her, claimed to be the owner of the Dalmatian, and had already picked up the dog. The family quickly then contacted the Bibb County Sheriff's Office to report the dog as stolen.

Two days later, investigators received a tip that another woman was spotted walking a Dalmatian near Log Cabin Drive. After canvassing the area, deputies ended up at the home of 31-year-old Andrea Gore. The missing Dalmation was found in the home's bathroom, officials said.

Gore was taken into custody and charged with theft of lost or mislaid property. She has a bond of $650.

After securing the dog, deputies were able to reunite the pup with his family.