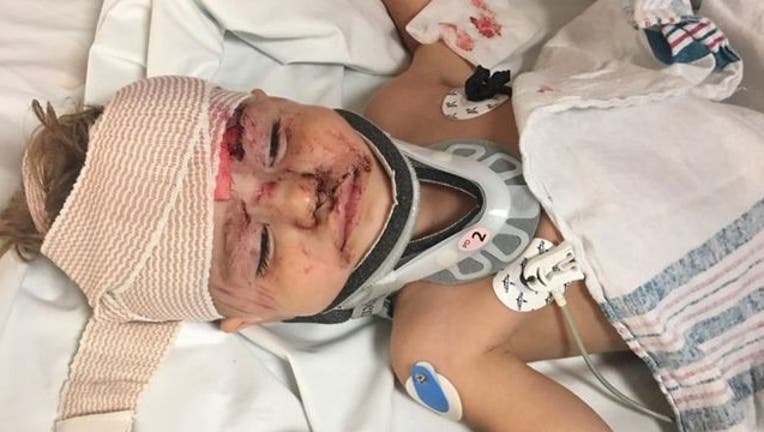 Kayden Blodgett, 2, was injured after a Tennessee deputy allegedly hit him with their cruiser, the boy's family says. (GoFundMe)

FOX NEWS - An investigation was launched after a Tennessee sheriff’s deputy was accused of hitting a 2-year-old boy with his cruiser Friday.

Relatives of Kayden Blodgett claim that a county cop hit the toddler outside his family’s home in Livingston, according to WSMV-TV. Overton County Sheriff John Garrett said the incident was still under investigation.

An Overton County sheriff’s deputy was serving a warrant at a home when an incident involving the child occurred, Garrett told the station. The boy suffered head wounds and was airlifted to a hospital.

Joshua Blodgett, the boy’s father, told News Channel 5 that the accident occurred after he had spoken with the deputy.

“And then he got back into his car while I was talking to the other deputy, and I guess he took off and didn't look around, look at his surroundings or anything. I guess he hit my son, and he went about 10 feet that way, and then stopped and my son ran to me,” Blodgett said.

Cassie Blodgett, the boy’s mother, said her son’s face was bloody after he was hit.

“So I just ran outside, and before I could even ask what happened, I saw his face covered in blood,” she said.