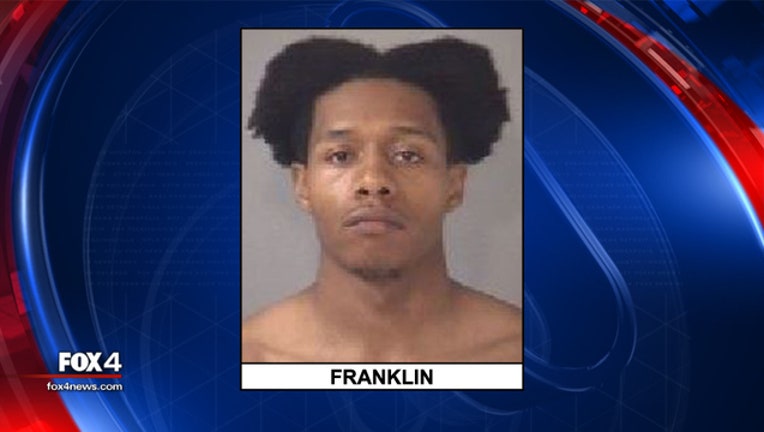 A DeSoto man was arrested Friday after he allegedly stomped a puppy to death inside a dumpster.

Paige Armani Franklin, 24, is charged with one count of Cruelty to Animals – a third-degree felony.

Police responded to report of a man in a dumpster who appeared to be kicking something behind a shopping center in the 900 block of N. Hampton Road. Upon arrival, the officers detained Franklin and found the body of a small brown puppy inside the dumpster. Police say the puppy had severe injuries to its head.

Franklin was booked into the Tri-City Jail, where he remained with no bail set as of Friday afternoon.

If convicted, Franklin could face up to 10 years in prison.