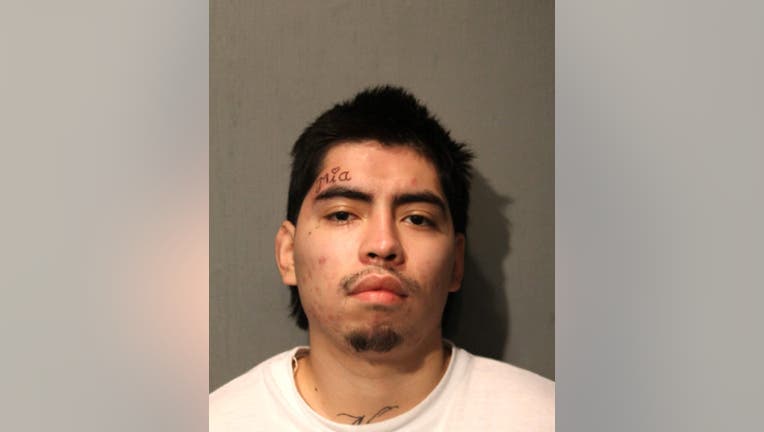 CHICAGO - After finding a carjacked vehicle abandoned in Marquette Park, detectives tracked footprints in the snow to the home of a man now charged in two armed carjackings from earlier this year.

Angel Martinez, 21, of Garfield Ridge, faces three felony counts of armed vehicular highjacking in connection to the Jan. 12 incidents, according to Chicago police.

Martinez and an accomplice allegedly carjacked a man and woman sitting in a vehicle in the 3200 block of West 64th Street, police said. They allegedly showed handguns, took the vehicle and drove off.

They crashed the stolen car soon after and then carjacked another vehicle in the 3500 block of West 74th Street, police said.

Detectives followed footprints from the vehicle to Martinez’s nearby home, where officers arrested him about 5 p.m., police said.

Martinez was charged two days later after the victim of the second carjacking identified him, police said. He has been held in Cook County Jail without bail since.

On March 5, Martinez was charged in the first carjacking after the victims identified him in a photo array, police said.

He is due for a bail hearing on the new carjacking charges later Friday.