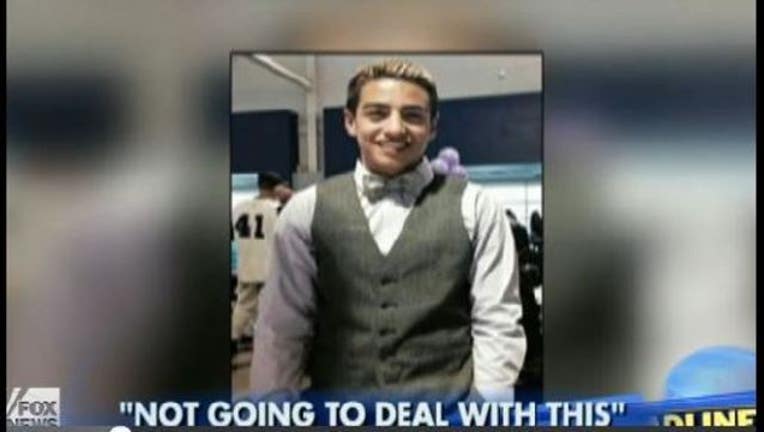 ALBUQUERQUE, N.M. (FOX News) –  A dispatcher for the Albuquerque Fire Department has resigned after a transcript from a 911 call showed him hanging up on a caller who was giving first aid to a 17-year-old shooting victim who later died.

Matthew Sanchez was originally reassigned out of the dispatch center and was performing administrative duties pending a probe of the June 26 incident in which he told the desperate caller, "I'm not going to deal with this, okay?" The teen, Jaydon Chavez-Silver, was shot while sitting on a kitchen counter inside an Albuquerque house in a drive-by attack carried out by unknown assailants.

Romero said Sanchez is a 10-year veteran of the department.