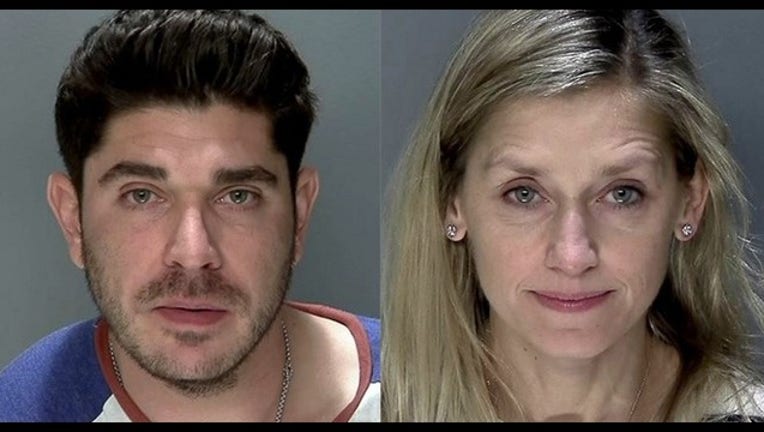 The flight took off at 6:20 p.m. Wednesday but returned at 7:35 p.m., airport spokesman Patrick Hogan said. The flight crew reported the couple became disruptive and refused to follow instructions, he said. Partial police reports released Thursday didn't give details of the nature of the disruption. Airport police arrested the pair and they were questioned by police and the FBI, Hogan said.

The police reports show Blake Adam Fleisig, 35, of Los Angeles, was ticketed for disorderly conduct involving brawling or fighting. Anna Christine Koosmann, 36, of Edina, Minnesota, was ticketed for disorderly conduct and for obstructing police. While police released Fleisig late Wednesday, Koosmann was taken to the Hennepin County Jail, where she was released early Thursday after posting $78 bail, the jail roster shows. She's due in court Jan 13. The charges are all misdemeanors.

Video shot by a passenger shows Fleisig scuffling with another passenger as officers removed him from the plane and Koosmann cursing as officers escorted her off.

Delta issued a statement saying the flight crew "elected to return to Minneapolis shortly after takeoff when two passengers refused to follow crew instructions, became aggressive and created a disruption in the cabin." The statement says the safety of customers and employees is the airline's top priority.

Neither Fleisig nor Koosmann has a listed phone number and an Associated Press reporter could not reach them for comment.

Hogan said the full police report on the incident isn't available because officers are still investigating.