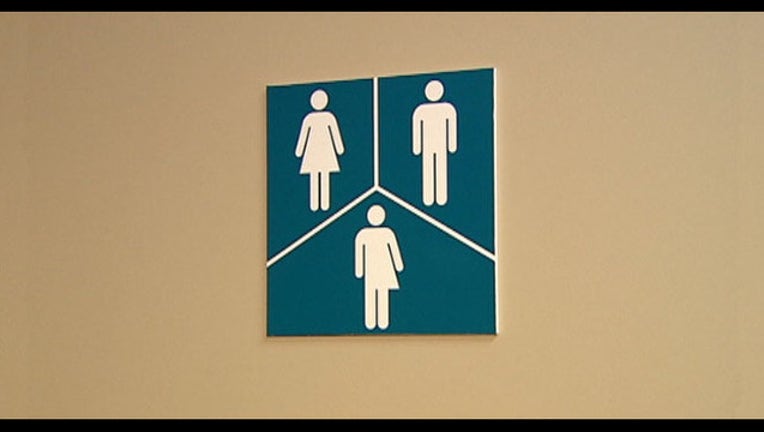 PALATINE, Ill. (AP) — Educators in a suburban Chicago school district said Tuesday they believe they have forged a creative accommodation for a transgender student who wants unrestricted access to a girls' high school locker room and they're prepared to go to court to defend it.

Installing curtains in the locker room for the student — who was born male and identifies as female — balances the privacy rights of other girls with the student's wishes to be treated equally, said Superintendent Daniel Cates of Township School District 211.

Cates spoke to The Associated Press one day after the U.S. Department of Education's Office of Civil Rights declared the district in violation of federal law for offering the student only separate changing facilities. The district could lose up to $6 million in federal funding if it can't reach a deal with the agency, which has said the privacy curtains are discriminatory unless all the girls are required to use them.

Here are some things to know about the case:

The transgender student has not been identified and wants to remain anonymous, according to the American Civil Liberties Union of Illinois, which helped the girl's parents file a complaint more than two years ago.

She has been living as a girl since middle school, has changed her legal name, obtained a passport as a female, received a diagnosis of gender dysphoria and is taking female hormones, according to the Department of Education's summary of its investigation.

The school district has allowed the student to use girls' restrooms and participate in girls' athletics. She is identified as a female in the district's computer system.

But the district drew a line when it came to locker rooms, requiring the girl to use private restrooms to change into her gym uniform or into a swimsuit for a required swim unit. Cates said other transgender students in all five district high schools abide by the current policy.

Last month, during the federal investigation, the school district installed five privacy curtains in a girls' locker room, and has stated it will require the transgender student to use the curtains.

Similar cases are being fought in state and federal courts and it's not the first time the feds have weighed in.

In July, the U.S. Justice Department said in a court filing that transgender students must be allowed to use the restroom that corresponds with their gender identity and failure to do so amounts to sex discrimination under Title IX of the U.S. Education Amendments of 1972. The filing was in response to a federal lawsuit filed in Virginia against the Gloucester County School Board by a 16-year-old transgender student who wants to use the boys' restroom.

But Francisco Negron, general counsel at the National School Boards Association, said Title IX is "not as explicit" as the government contends and there is very little precedent in case law.

"Rapidly changing social norms are ahead of the legal framework," Negron said, leaving school districts in jeopardy of losing federal funding if they go against the government.

Both sides may push this case into the courts. Advocates for the girl say her case is important to advance transgender rights. Educators insist schools must have the flexibility to come up with creative solutions.

The federal government's letter to the district suggests privacy curtains could be a solution if all girls — not just the transgender student — used them, and if they were available widely.

Negotiations are continuing between the school district and the government.

"School leaders everywhere could be navigating this soon," Cates said.