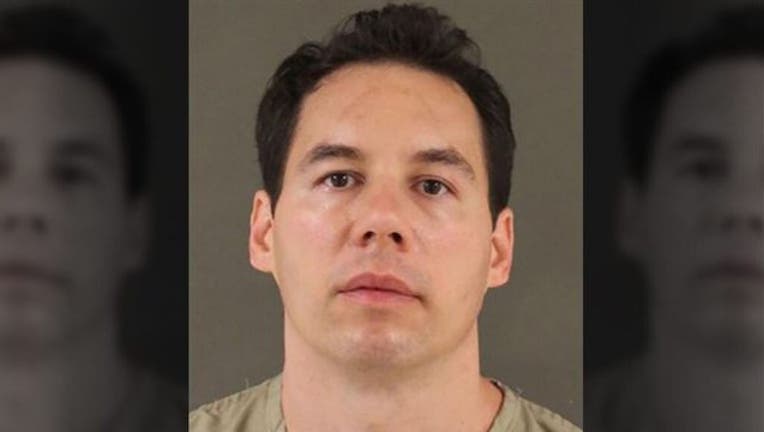 COLUMBUS, Ohio (AP) - An Ohio doctor was charged with murder Wednesday in the deaths of 25 hospital patients who, authorities say, were killed with deliberate overdoses of painkillers, many of them administered by other medical workers on his orders.

In one of the biggest cases of its kind ever brought against an American health care professional, William Husel was accused of ordering outsize doses of the powerful painkiller fentanyl. Many of the patients who died were on ventilators and receiving palliative care. The deaths occurred between 2015 and 2018.

"That candle, while there may be just a half an inch of wax left, if I blow that candle out, I'm causing that flame to go out sooner than it would naturally," O'Brien said.

Husel, 43, pleaded not guilty after turning himself in earlier in the day. A judge set bail at $1 million.

The doctor is the lone defendant. Authorities are not prosecuting nurses, pharmacists and others involved in the deaths, though dozens of hospital employees have been reported to professional boards for investigation and potential disciplinary action.

Husel's lawyer said he was trying to provide "comfort care" for dying patients.

"At no time did Dr. Husel ever intend to euthanize anyone - euthanize meaning speed up death," defense attorney Richard Blake said.

The patients were going to die whether they were being treated by Husel or another physician, Blake said.

The system found that Husel ordered potentially fatal drug doses for 29 patients, including five who might have received those drugs when there still was a chance to improve their conditions with treatment. The hospital system said six more patients got doses that were excessive but probably did not cause their deaths.

The murder charges were brought only in cases that involved fentanyl doses of at least 500 micrograms. The prosecutor said the investigation remains open and other cases are still under review.

Husel was fired in December and stripped of his medical license after concerns about his orders were brought to the attention of officials at Mount Carmel, where he had worked for five years.

Mount Carmel has said it should have investigated and taken action sooner. It has acknowledged that the doctor was not removed from patient care for four weeks after the concerns were raised, and three patients died during that time.

Police Sgt. Terry McConnell said none of the families who talked with investigators believed that what happened was "mercy treatment."

Amy Pfaff, whose mother was among the patients whose deaths prompted the charges, said she still wonders about his motives.

"Trust me, I sit many hours sitting trying to figure out why would he do this to so many people, and I just don't know," Pfaff said.

More than two dozen wrongful-death lawsuits have been filed against the doctor and the hospital system, including one by Pfaff over the October 2017 death of her mother, Beverlee Schirtzinger.

The hospital system settled some of the cases for hundreds of thousands of dollars.

All employees who had a role in administering medication to the victims have been removed from patient care as a precaution, hospital officials have said.

All told, 48 nurses and pharmacists were reported to their respective professional boards. Thirty of those employees were put on leave, and 18 no longer work there, including some who left years ago, officials said.

Records show no prior disciplinary action against Husel by the Ohio State Medical Board. The board will not disclose whether it received any complaints that did not result in action.

The allegations against Husel recalled another Ohio case involving a former nurse's aide dubbed the Angel of Death. That man, Donald Harvey, confessed in 1987 to killing 37 people, most of them hospital patients, over the span of two decades in Ohio and Kentucky. He was given multiple life sentences and died in 2017 after being attacked by a fellow inmate.