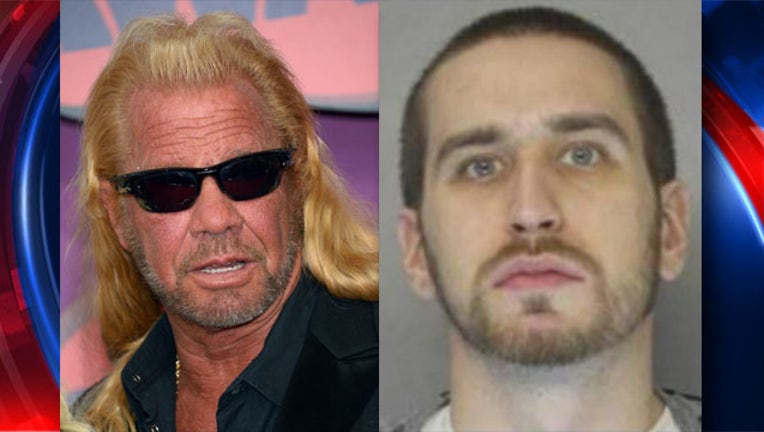 LEFT: Duane Chapman attends the 2014 CMT Music awards at the Bridgestone Arena on June 4, 2014 in Nashville, Tennessee. (Michael Loccisano/Getty) RIGHT: FBI is offering a reward of up to $10,000 for info leading to arrest of Shawn Christy (FBI)

Christy has been on the run since June 19 after allegedly threatening John M. Morganelli, the district attorney of Northampton County, Pa., and Trump in a Facebook post that has since been deleted.

“Keep it up Morganelli, I promise I’ll put a bullet in your head as soon as I put one in the head of President Donald J. Trump,” Christy allegedly wrote.

Chapman told the media outlet from his home in Hawaii that he had a “very hot lead” on Christy's location. "I have delivered messages to him," he said. "My goal is not to shoot him but get him to surrender."