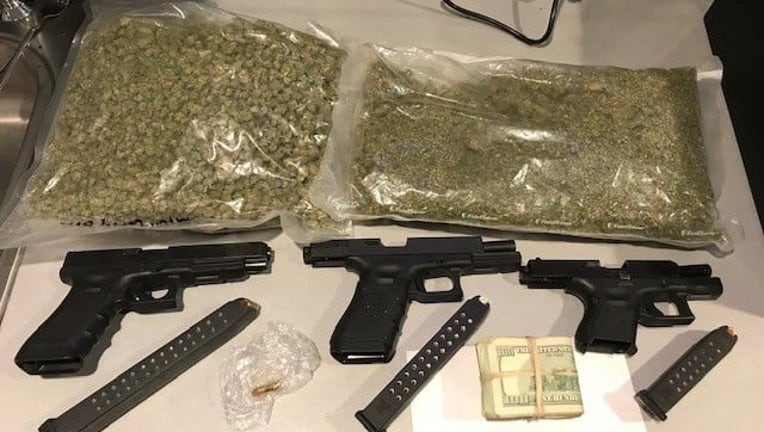 HOMEWOOD, Ill. - A 32-year-old Dolton man was charged after police found suspect cannabis and three handguns in his vehicle in Homewood.

The man faces charges of being an armed habitual criminal, manufacturing or delivering cannabis over 500 grams and resisting a peace officer.

On Thursday, Homewood officers responded to a call of a suspicious vehicle.

While investigating, officers located the Dolton man sleeping inside the vehicle.

Police determined he was on parole. He also had the grip of a handgun sticking out of his coat pocket.

Officers took the handgun from the man's pocket. While attempting to take the man into custody, the man allegedly did not comply with the officers' orders to put his hands behind his back.

After a short struggle, the man was taken into custody.

An unzipped duffel bag was found in the rear floorboard of the vehicle and a green leafy substance could allegedly be seen in plain view.