Nearly 40 senior citizens were found inside an unlicensed group home in deplorable conditions in southeast Houston. One of the victims had a wound that exposed his intestines.

According to investigators with the Harris County Constable Pct. 7 Office, this group home was discovered after a woman from Ohio called in a tip. She claimed her brother told her he was being held captive.

Deputies found the man laying upstairs at the home along with more than 30 other residents. Pictures captured at the scene showed several of them living in the home's garage. 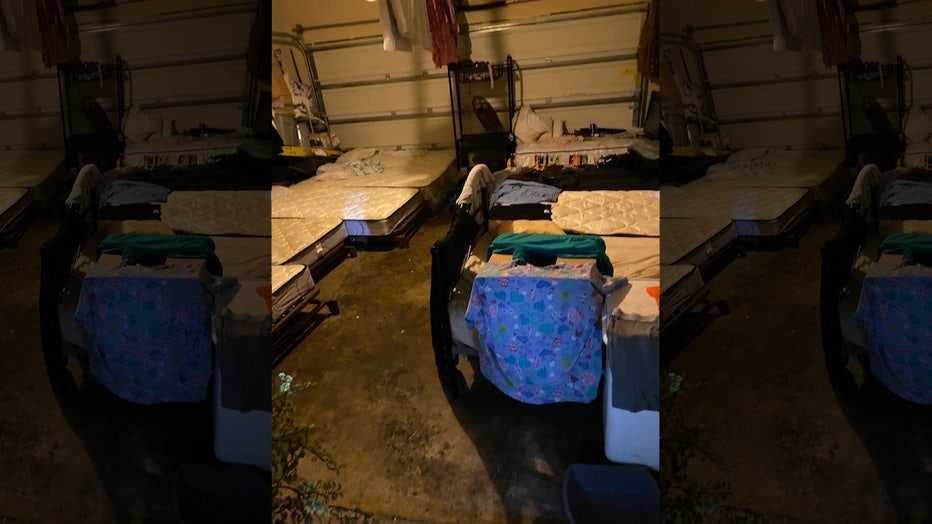 The group home was supposed to have no more than three residents living inside it.

State Senator Borris Miles called the group home a prison in the middle of a neighborhood.

Almost three dozen people were removed from an unlicensed group home in southeast Harris County on September 21. The two people found managing the home have been arrested.

Investigators say there was no nurse on-site and no one was trained to take care of any of the residents, some of which did not speak English. Neighbors in the area say they've complained about some of the residents defecating in the yard.

Sen. Miles told FOX 26 one of the residents had a wound that exposed his intestines. His office also alleged abuse of women in this group home.

Investigators found insects crawling on residents and "filthy" carpeting in the home. There was no air conditioning inside the home, only fans.

FOX 26 was told two of the residents died in the past two months.

According to Sen. Miles, residents at the southeast Houston group home had not been fed in at least two days and all are all over the age of 40. He says residents devoured 13 pizzas were ordered to the home after investigators found them. 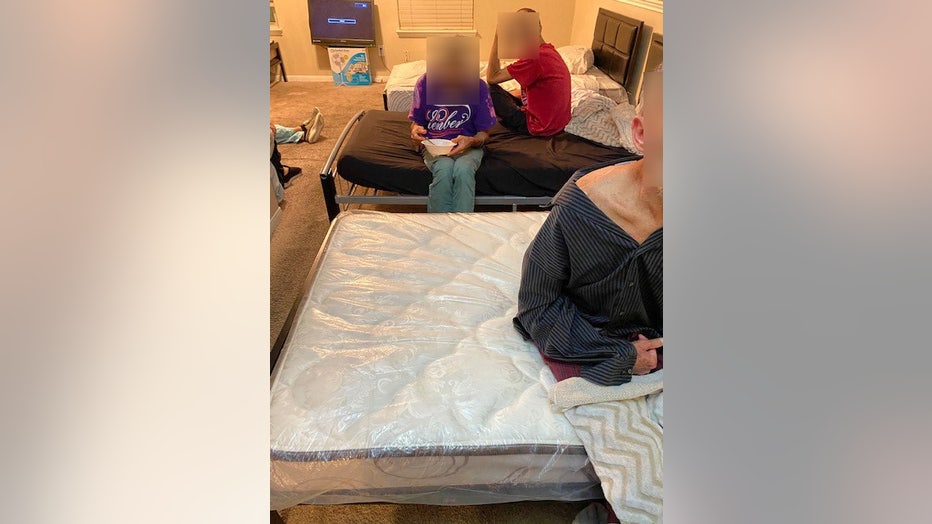 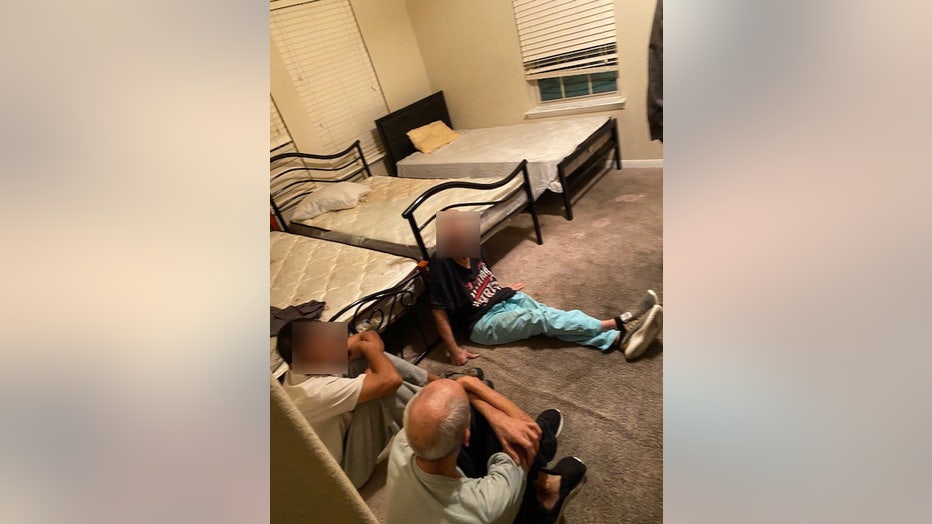