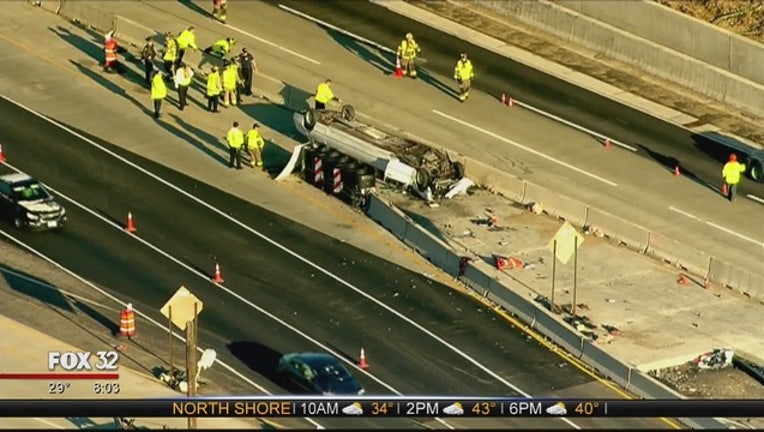 HOFFMAN ESTATES (Sun-Times Media Wire) - The underage driver of a limousine that crashed on the Jane Adams Memorial Tollway in March was charged with a felony Friday, according to a statement from Illinois State Police.

Aaron T. Nash, 20, of Janesville, Wisconsin was charged with violation of motor carrier safety law after authorities investigating the crash learned he was not legally licensed at the time of the crash, according to the statement. Under federal law, a commercial limousine driver is required to be at least 21 years old.

A woman was killed and six other people injured when the white 1998 Lincoln Town Car limousine Nash was driving hit a concrete barrier and rolled onto its roof about 7:10 a.m. March 25 on the eastbound Jane Addams Memorial Tollway near northwest suburban Hoffman Estates, according to ISP.

Nash told investigators he was momentarily blinded by the sun, according to ISP.

“The driver was unable to see the traffic lane pattern and struck the end of the jay wall, which caused the limousine to roll over,” a statement from police said.

Firefighters and paramedics arrived to find the limo on its roof with two people inside and five who had already gotten out and were walking around, according to a statement from the Elgin Fire Department. An off-duty Streamwood paramedic who was driving in the area provided medical care to the injured.

Terri Schmidt, 53, of Monona, Wisconsin, was taken to Sherman Hospital where she was later pronounced dead, according to the fire department and the Kane County coroner’s office.

An autopsy was performed at the Kane County Morgue found that Schmidt’s preliminary cause of death was multiple injuries due to a limousine mishap, according to a statement from the coroner’s office.

Nash turned himself into police Wednesday and posted $1,500 cash bond. His next court date is schedule for July 27 at the Kane County Judicial Center, according to ISP. If convicted, he faces a sentence of probation or between one and three years in prison.