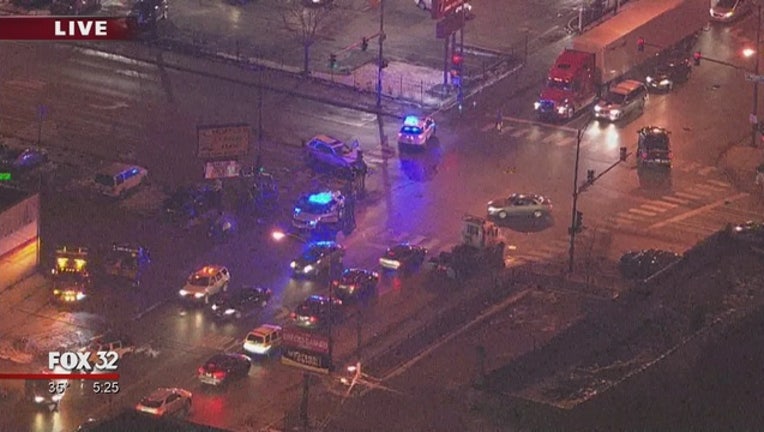 SUN-TIMES MEDIA WIRE - A man was cited for running a red light and driving without insurance in a crash Monday that left a 6-year-old boy in his vehicle dead and another boy injured in the South Side Canaryville neighborhood.

About 4:30 p.m., the 28-year-old was driving a Ford Expedition east on 47th Street when he ran the red light at Halsted Street, according to Chicago Police. The Expedition then collided with a Pontiac Torrent.

The driver of the Expedition was issued traffic citations for disregarding a traffic control light, operating a motor vehicle without insurance, unsafe vehicle equipment and two child restraint violations, police said. No additional charges are expected.

The 6-year-old, identified as Giovanni Montes, was taken to Comer Children’s Hospital, where he died at 9:48 p.m. Monday, according to police and the Cook County Medical Examiner’s Office. He lived in the Back of the Yards neighborhood on the South Side.

An autopsy Wednesday ruled Montes died from multiple injuries from the crash, according to the medical examiner’s office. His death was an accident.

An 8-year-old boy who was also in the Expedition was also taken to Comer Children’s Hospital, where his condition was stabilized, police said.