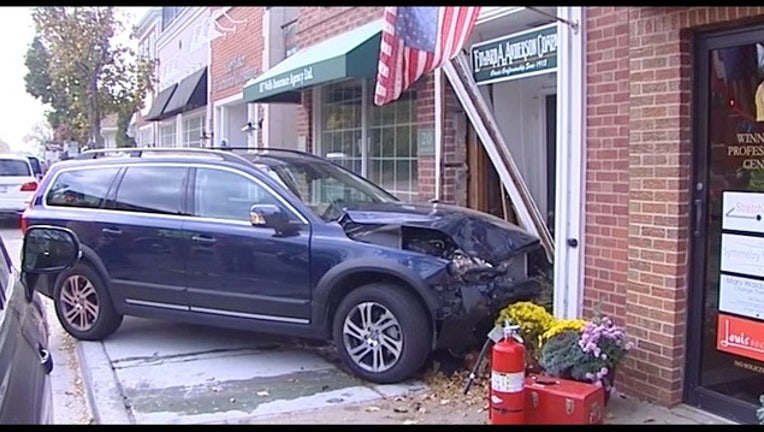 A woman was hospitalized after crashing into a bus and a storefront Tuesday morning in Wiinnetka. | Network Video Productions

WINNETKA (STMW) - A woman was hospitalized after her SUV crashed into a Pace bus Tuesday morning in north suburban Winnetka.

The SUV crashed into a Pace bus and then into a storefront in the 0-100 block of Green Bay Road in Winnetka about 10:15 a.m., authorities said.

The driver, a Wilmette woman whose age was not released, was taken to Evanston Hospital, according to Winnetka police. Her condition was not available Tuesday afternoon.

There were 10 passengers aboard the Pace bus, police said. One person complained of an injury but was not hospitalized.