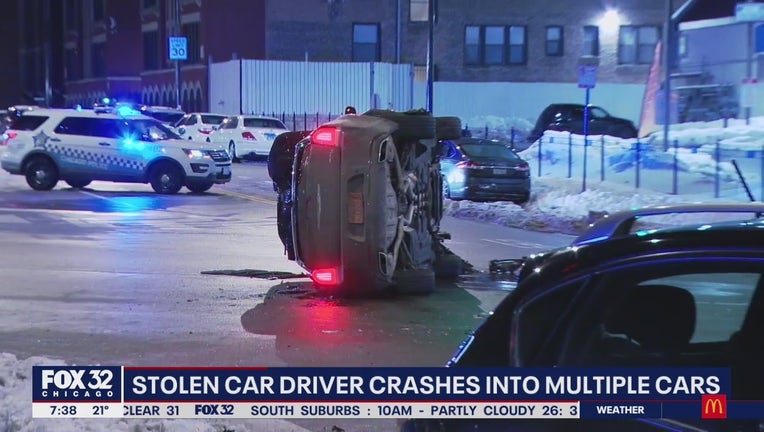 CHICAGO - A Florida man is facing charges after allegedly fleeing from police and crashing into multiple vehicles Monday in Kenwood on the South Side.

Officers attempted to pull over a black Chrysler 300 with stolen plates about 7:54 p.m. in the 5100 block of South Lake Park Avenue, Chicago police said.

The Chrysler fled and side swiped three cars in the 4700 block of South Lake Park, causing one of the vehicles, an Infiniti SUV, to flip over, police said.

After the crash, officers took Thomas into custody without incident, police said.

The driver of the Infiniti, a 43-year-old man, was taken to the University of Chicago Medical Center for observation after reporting shoulder pain, police said. No other injuries were reported.