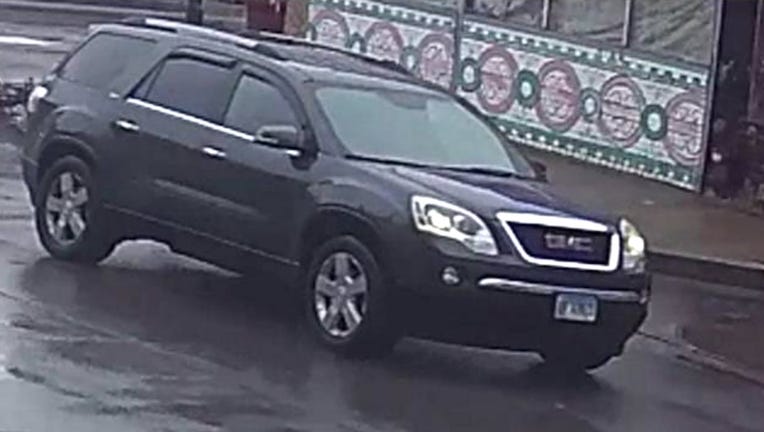 Police say the driver of this SUV is wanted for allegedly leaving the scene of a fatal crash Nov. 24, 2020, in the 3200 block of West 26th Street. (Chicago police)

CHICAGO - Chicago police shared a photo Monday of an SUV wanted in connection to a fatal hit-and-run crash on the Southwest Side.

The driver of the GMC Arcadia struck an 86-year-old man Nov. 24 in the Little Village neighborhood, according to Chicago police

Eliseo Mendoza was hit about 12:30 p.m. in the 3200 block of West 26th Street, authorities said. He was taken to Mount Sinai Hospital, where he died hours later from his injuries.

Police said the SUV is possibly from 2008 to 2012, and is gray or black. The driver continued without stopping, and was last seen going south on Sawyer Avenue.

Tipsters are asked to call detectives in the Major Accident Investigation Unit at (312) 745-4521.