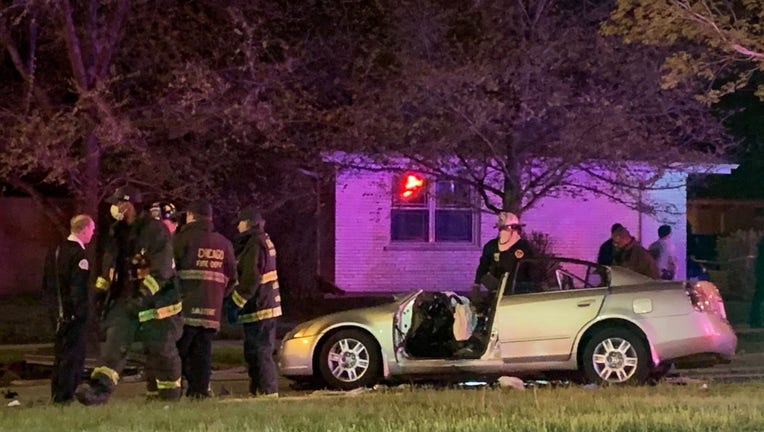 CHICAGO - A 25-year-old man faces a misdemeanor count of driving under the influence after crashing his car into a parked trailer Tuesday in Sauganash on the Northwest Side, injuring himself and two others.

Thomas Podgorny, of Norwood Park, made sudden U-turn in his Nissan about 8:35 p.m. in the 4600 block of West Devon Avenue and struck the trailer, Chicago police said.

Two others in the Nissan, a 22-year-old man and 26-year-old woman, were taken in fair condition to St. Francis Hospital in Evanston, police said. Fire officials initially said they were seriously injured.

Podgorny was arrested near Devon and Cicero avenues and taken to St. Francis Hospital with minor injuries, police said.

Podgorny was also issued a misdemeanor count of failure to notify damage and citations for failure to reduce speed, failure to carry/display a driver’s license and operating an uninsured vehicle, police said.