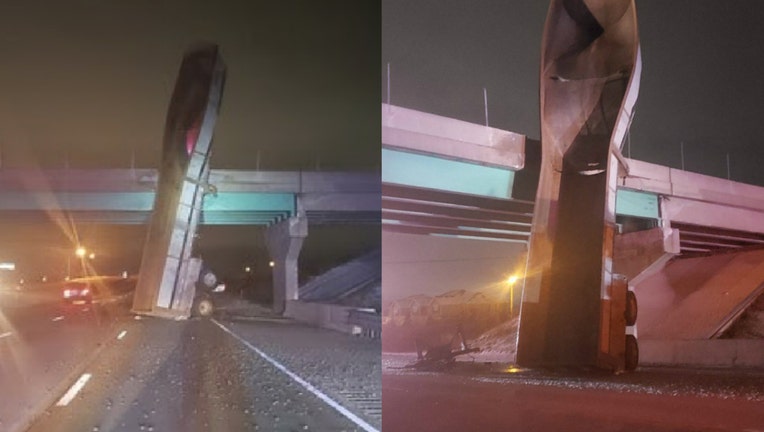 A semitrailer with its trailer upright crashed Feb. 26, 2020 into the 113th Avenue overpass in Crown Point, Indiana. | Indiana State Police

CROWN POINT - A dump truck crashed into an overpass Wednesday after the driver inadvertently lifted the trailer while he was driving in Crown Point, Indiana.

A 31-year-old Chicago man was driving the semitrailer north on I-65 at 10:17 p.m. when the empty trailer struck the 113th Avenue overpass and it continued driving underneath, Indiana State Police said in a statement.

He mistakenly activated the dump control, tilting the trailer to the upright position, state police said in a statement.

The uninjured driver was able to stop shortly after impact, state police said.

State troopers closed the road for about 3 hours for cleanup and a bridge inspection, state police said.