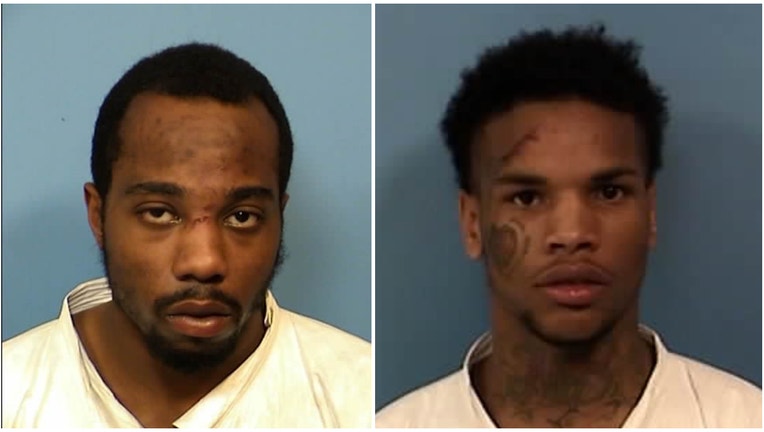 LOMBARD, Ill. - Two men allegedly carjacked a Cadillac SUV at gunpoint Thursday at a McDonald’s drive-thru in west suburban Lombard, but were arrested soon after crashing after a high-speed pursuit, prosecutors say.

The armed duo was allegedly wearing ski masks at 2:45 a.m. when they got out a vehicle behind the victim’s at a McDonald’s in the 300 block of East Roosevelt Road, according to a statement from the DuPage County state’s attorney’s office.

One pointed a gun at the driver and ordered him out of the SUV and drove off, prosecutors said. The accomplice drove off in the vehicle they arrived in.

Officers pursued the stolen SUV on Roosevelt Road, but called off the chase after the SUV’s speed approached 100 mph, prosecutors said.

Dallas Dabney, 25, of Broadview, Antonio Protho, 19, of East Garfield Park, are each charged with aggravated vehicular highjacking with a firearm, while Protho faces an additional count of fleeing and eluding, prosecutors said.

“The allegations that these two men traveled to DuPage County, ordered a man out of his vehicle at gunpoint while he waited in line for food and then stole his vehicle are outrageous,” State’s Attorney Robert Berlin said in part in the statement.