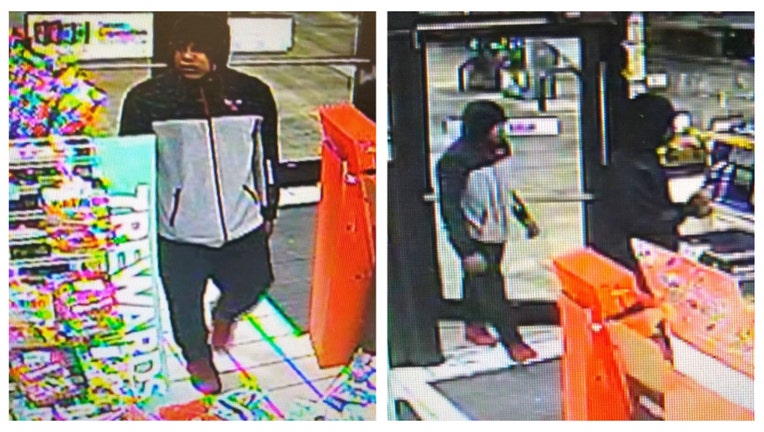 About 9:50 p.m., the men allegedly displayed a pistol after they entered the store at 37763 Green Bay Rd. and asked the clerk to make change, the Lake County sheriff’s office said in a statement.

They demanded cash from the register and left on foot with an undisclosed amount of money and cigarettes, the sheriff’s office said.

The sheriff’s office released photos of the alleged suspects, who were both described as between 18 and 20 years old, standing between 5-feet-7 and 5-feet-9.

Anyone with details was asked to call Lake County investigators at 847-377-4147.