Police have released surveillance footage to help identify a man wanted for a murder outside an East Chicago, Indiana bar on Christmas Day.

EAST CHICAGO, Ind. - Police have released surveillance footage to help identify a man wanted for a murder outside an East Chicago, Indiana bar on Christmas Day.

About 1:46 a.m. on December 25, officers responded to a call of shots fired in the 3900 block of Alder Street, according to a statement from East Chicago police.

Officers discovered a male with a gunshot wound to the head lying face down in front of Ralo's Bar, located at 3948 Alder Street.

The victim, identified as 32-year-old Eric R. Douglas of East Chicago, was pronounced dead at the scene by paramedics, police said.

Detectives that investigated the shooting attempted to speak to witnesses inside the bar, but the door was locked and patrons and staff refused to come to the door, police said.

The Lake County Prosecutor's Office obtained partial video from Ralo's owner, which captured the murder and showed both the suspect and victim inside the bar seconds before the fatal shooting. 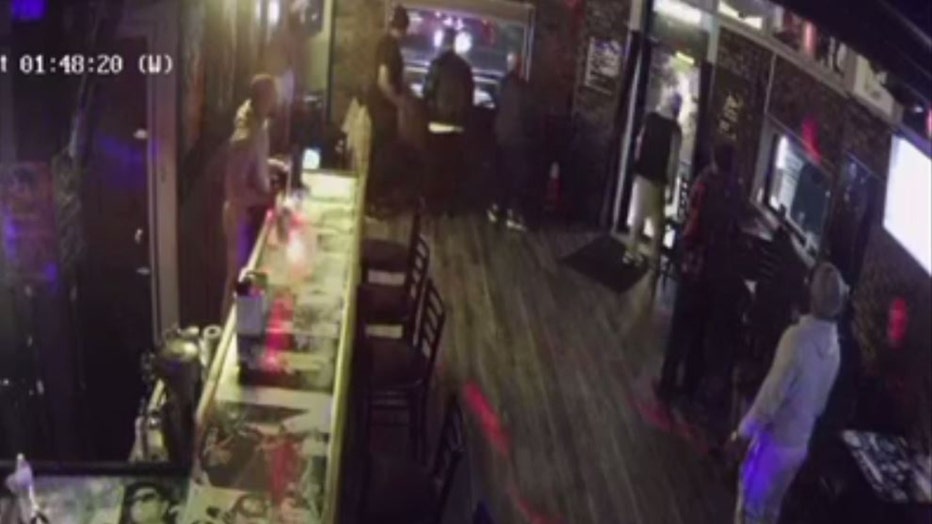 The Criminal Investigation Division executed a search warrant at Ralo's Bar in order to retrieve complete surveillance video of the incident after Dwayne Rancifer, the legal owner of the establishment, failed to release it to authorities.

A DVR and other electronic evidence was collected and sent to a forensic lab in to retrieve any data stored on it from the day of the murder, police said.

In addition to identifying the suspect, East Chicago police are also attempting to locate all the witnesses inside the bar.

East Chicago police said that they have not been able to retrieve a formal statement from Rancifer, the bar's manager or any witnesses.

Anyone with information is asked to contact East Chicago police detectives at 219-391-8318. Those who wish to remain anonymous can contact an anonymous tip line at 219-391-8500.