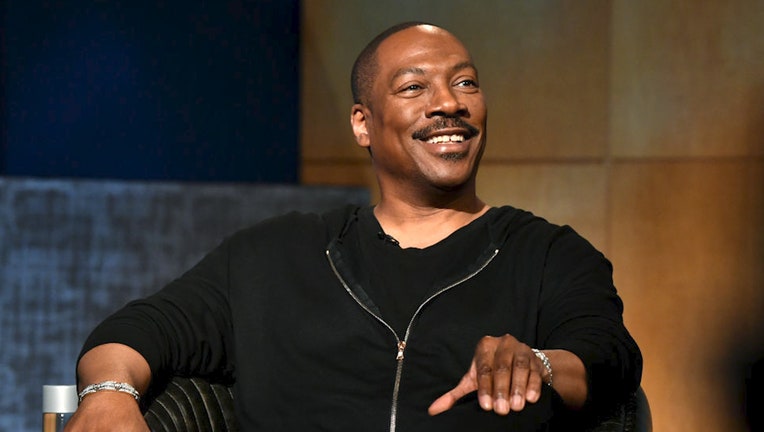 Happy birthday Eddie Murphy: The favorite prince of Zamunda turns 60 on April 3, and if you’re in the mood to celebrate the legendary comedian, Tubi has one of his most iconic movies available for free to stream online.

Watch "Coming to America," to refresh your memory of the loveable antics that Prince Akeem (Eddie Murphy) and his royal partner in crime, Semmi (Arsenio Hall), get into on their first trip to America before you see the recent sequel, "Coming to America 2," available on Amazon Prime.

When Eddie Murphy made the original "Coming to America" in 1988, he was — almost indisputably — the funniest man in America.

"This is the only movie I’ve ever done that had a cult following," Eddie Murphy told the Associated Press.

"Coming to America" has indeed played a unique role in culture since 1988. Real-life McDowell’s fast-food restaurants — the McDonald’s knockoff from the movie — have briefly popped up in Los Angeles and Chicago. Beyoncé and Jay-Z once dressed up as characters from the film for Halloween.

But the John Landis-directed movie was also a massive success on release. It was the second-highest grossing film domestically in 1988 with $128.2 million in tickets sold — nearly double what "Die Hard" made that year. Globally, it grossed $288.8 million, or more than $630 million adjusted for inflation.To Murphy, that’s the movie’s legacy.

RELATED: Batter up for baseball season with these free-to-stream films celebrating the love of the game

"‘Coming to America’ is the first movie in the history of the movies that had an all-Black cast that traveled all around the world," Murphy said.

"It’s not about being Black. It’s about love and family and tradition and doing the right thing," Murphy added. "If ‘Black Panther’ was about the hood, people wouldn’t have seen ‘Black Panther’ all around the world."

Tubi also offers other movies featuring the comedian in a more serious light such as "Mr. Church," as well as a documentary featuring Murphy and other Black artists who have left their mark on the film industry throughout history.

Tubi is an ad-supported video-on-demand service with a massive library of 30,000 movies and television shows that are free to stream for viewers. The platform is currently available in the U.S., Canada, Australia and Mexico.