1-2% of bugs lost every year due several factors, scientists say

Scientists worry that the world is losing about 1% or 2% of its insects each year.

For five years, ecologist Ross Crates has tracked the singing ability and breeding success of critically endangered regent honeyeaters. These distinctive black and yellow birds were once common across Australia, but habitat loss since the 1950s has shrunk their population to only about 300 or 400 wild birds today.

While male birds once formed large winter flocks, now they are sparsely distributed across the landscape, so many fly solo. That means fewer honeyeater mentors are nearby during young birds’ impressionable first year.

"Song learning in many birds is a process similar to humans learning languages — they learn by listening to other individuals," said Crates, who is based at Australian National University.

"If you can’t listen to other individuals, you don’t know what you should be learning." 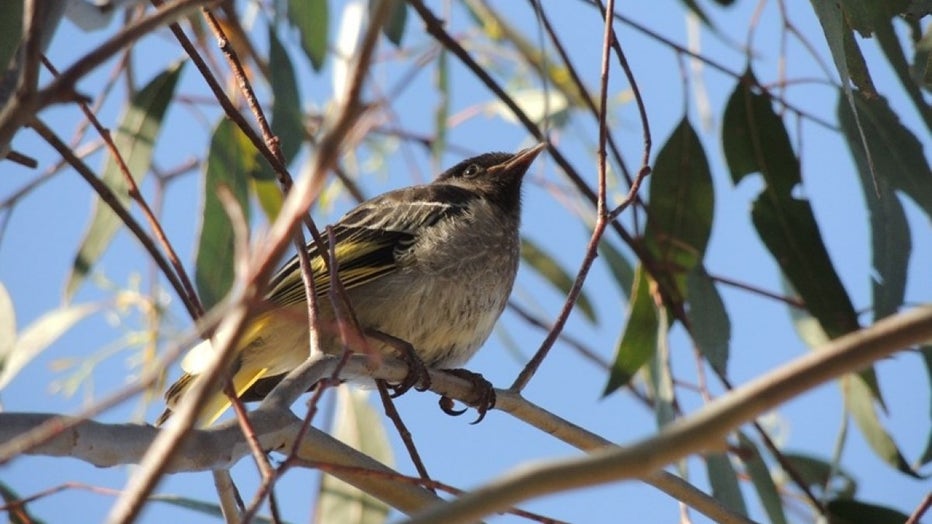 Photograph of a wild regent honeyeater.

The researchers found that a significant portion of male birds appear to be learning tunes exclusively from other species they encounter. About 12% of male regent honeyeaters wind up producing mangled versions of songs typically sung by noisy friarbirds and black-faced cuckooshrikes, among other species.

In some species, such as mockingbirds, song mimicry adds flourish to love songs. But the female regent honeyeaters aren’t impressed.

Unconventional male singers were less successful in wooing mates, the scientists found in research published Tuesday in the journal Proceedings of the Royal Society B. "We think the females are avoiding breeding and nesting with males that sing unusual songs," Crates said.

For a population already on the brink of extinction, that’s worrisome.

"This research suggests that the loss of a song language once the population reaches a very small size could accelerate their decline," said Peter Marra, a conservation biologist at Georgetown University who was not involved in the paper.

The precise reason females remained aloof was not clear.

"When male birds sing, it’s like putting out an ad saying, ‘I’m over here, I’m species X, I’m Bob, and I’m really interested in finding a partner,'" said Scott Ramsay, a behavioral ecologist at Wilfrid Laurier University in Ontario, who was not involved in the research.

It could be that female honeyeaters aren’t even recognizing these unconventional singers as potential partners, and so they’re not approaching them, he said. Or it could be that they approach, "but then things go wrong if the males get courtship signals wrong."

Most male birds spend several months in their first year learning and refining the songs they’ll recite for the rest of their lives. Some birds learn from their fathers, but regent honeyeaters leave the nest before they learn to sing, so the males need to find other mentors.

"We need to be aware of the importance of preserving song culture in birds — it’s possible to have a population that's still genetically viable, but isn’t viable in terms of passing on cultural knowledge," said Carl Safina, an ecologist at Stony Brook University who was not involved in the research.

"Some elements of what these birds need to do to survive isn’t instinctive, it has to be learned," he said.

Crates’ team has begun putting their findings into action. To help young birds in captive breeding programs learn their notes, they’ve started playing male song recordings and also housed capable male singers next to young learners. The hope is that these veteran vocalists can pass on their songs to the next generation.