FOX 32 NEWS - A one-time record promoter for musicians including Bruce Springsteen, Tina Turner, Isaac Hayes and The Rolling Stones is giving back.

She is helping eighth graders in Englewood learn important lessons from the soundtracks of a generation.

Hip-hop artists "The Present Elders” are part of a unique musical experience helping eighth graders develop a new perspective on social justice. The curriculum is called ‘Motivate and Encourage Music Appreciation,’ or ‘MEMA,’ and it's the brainchild of a longtime record producer turned teacher, Jeanne Warsaw-Gazga.

“While I was in the music industry, I kept thinking, I feel like young kids, young teens are going to miss out on this music that was so influential,” said Warsaw-Gazga

Her class includes modern lyrics, but pays special attention to ballads from the 60s and 70s, dealing with landmark issues of the day, from civil rights to Watergate to the Vietnam War.

“I really loved how impactful that music was and how it brought people together and it was really, there was a message there, to, you know, just to make life better,” Warsaw-Gazga said.

Warsaw -gazga started MEMA five years ago at the Stone Academy in West Rogers Park. This is the first time it's been offered on the South Side. It includes local musicians like the Present Elders, who say the program focuses on what can be accomplished through music.

“This is a very powerful tool for communication, for healing, and for general well-being. I think that music hasn't been used in those fashions for some time,” said Lionel Freeman of The Present Elders.

Students in the program say it gives them a new perspective on history and how social movements were reflected in song.

“I like that we're learning about the history of black people and like, what they went through, and we finding out situations and strategies on how to stop it,” said 8th grader Marquez Mahaffey.

“At first I thought it was going to be boring, until she started putting on music, and giving us sheet lyrics, and telling us what to do, what to analyze,” said 8th grader Angel Pierce.

“It's unbelievable. I can't tell you how many times I’ve seen kids that have never spoken in class, all of a sudden their hand is up, they're asking questions, they're coming up to me personally and talking to me just about their lives,” said Warsaw-Gazga.

Warsaw-Gazga says she gets a real kick out of having sixth and seventh graders, who aren't even her class yet, come up to her to say they've already got their social justice projects planned for next year or the year after.

Warsaw-Gazga said she was addicted to music at an early age, not listening to it in her own home, but in the basement of friend's home next door. She hopes to expand the MEMA program to other schools. 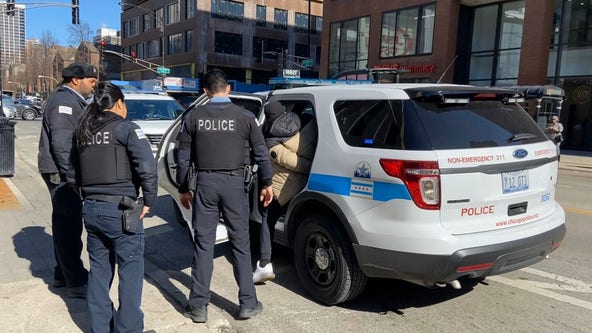