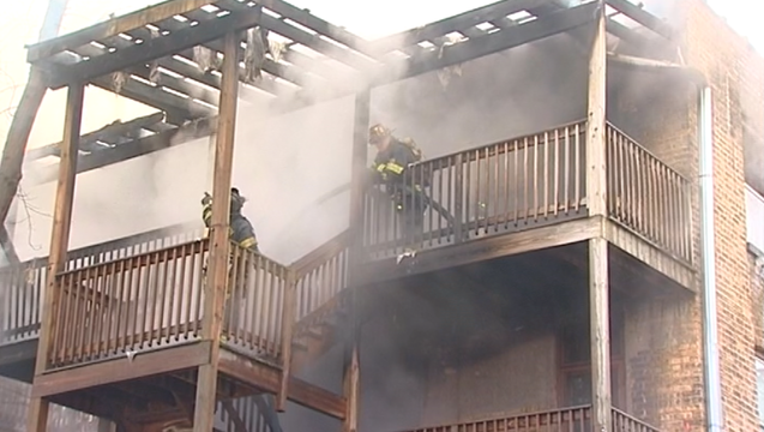 EVANSTON (Sun-Times Media Wire) - Eighteen people were displaced from their homes Monday after an apartment fire in Evanston.

Crews were called about 9:45 a.m. to the fire in the 600 block of Sherman in Evanston, Division Chief Paul Polep told reporters at the scene. They arrived to a fully-involved fire in on the second and third floors of the three-story building.

Polep said the fire was upgraded to a box alarm and outside resources were brought in to extinguish it. The fire was extinguished within a half hour, after which firefighters were putting out remaining hotspots, according to an Evanston Fire Department official.

Polep said the building sustained smoke and water damage. It is connected to two addresses, but crews were able to stop the fire from spreading to its other side.

No injuries were reported, and the fire department is working with Red Cross to provide housing for the 18 people who were displaced.

The cause and origin of the fire remained under investigation Monday.