A trial starts today for a former Northwestern University professor accused of stabbing his boyfriend to death.

CHICAGO - A trial starts Monday for a former Northwestern University professor accused of stabbing his boyfriend to death in what prosecutors allege was a part of a "sexual fantasy."

Wyndham Lathem, 47, is charged in the July 2017 killing of Trenton James Cornell-Duranleau, a 26-year-old hair stylist from Michigan.

Prosecutors say Lathem and Warren spent months planning to commit multiple murders, then to kill each other. On July 27, 2017, the pair teamed up to murder Cornell-Duranleau inside Lathem’s River North apartment, stabbing him a total of 70 times, with such force one of the knives broke.

Shortly thereafter, an arrest warrant was issued for Lathem and Warren, who ultimately surrendered to authorities in the San Francisco Bay Area, according Chicago Police's Brendan Deenihan.

The discovery of Cornell-Duranleau’s body was prompted by an anonymous phone call. Deenihan said Lathem made that call while in Lake Geneva, Wisconsin.

Deenihan said Lathem picked up Warren, whom he met through the internet, from O’Hare Airport several days before the murder. Warren — in the United States for the first time — was with Lathem when the call from Wisconsin was made. 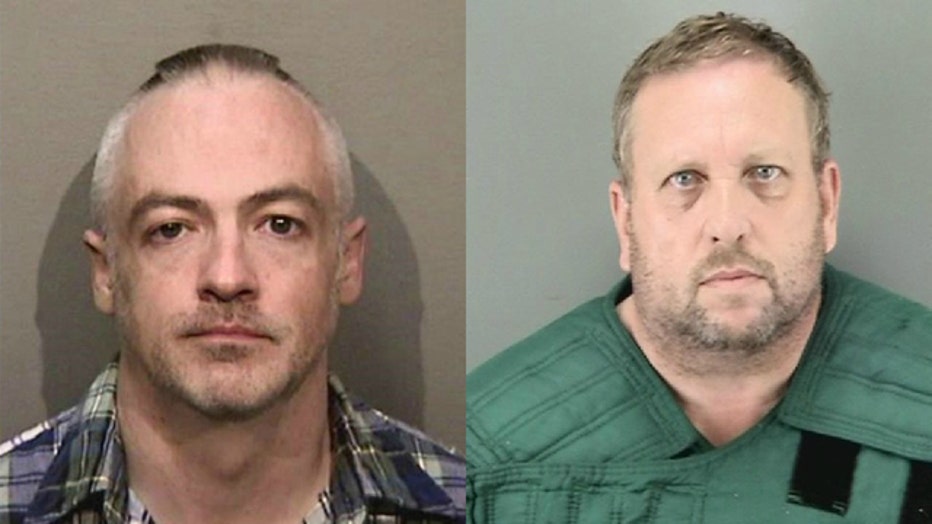 The two fled Chicago after Cornell-Duranleau was killed and drove a rental car to the Lake Geneva library where they made a $1,000 donation in Cornell-Duranleau’s name before fleeing to California, where Lathem has close friends and family.

More than 30 people wrote letters of support for Lathem after his arrest.

According to the Chicago Sun-Times, opening statements are expected on Monday and trial is expected to last two weeks.