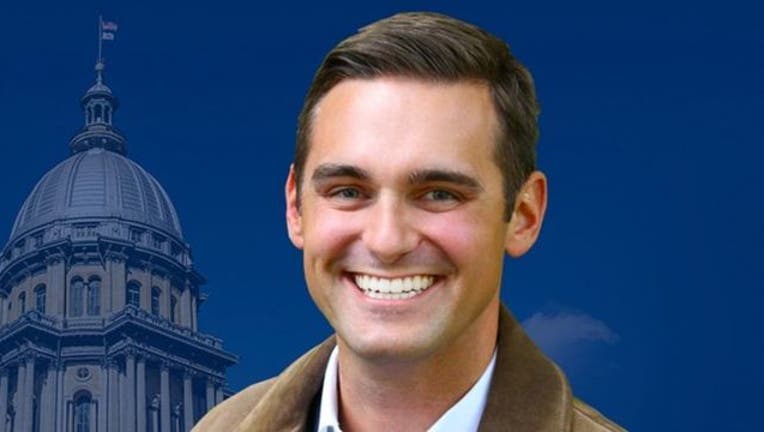 Illinois state Rep. Nick Sauer, a Republican, is accused of posting nude photos of his ex-girlfriend on an Instagram account he used to "catfish" other men. (NickSauer.org)

SPRINGFIELD, Ill. (AP) - Former state Rep. Nick Sauer has withdrawn from the November election ballot after an ex-girlfriend accused him of posting nude photos of her online.

The first-term Lake Barrington Republican resigned from the House of Representatives last week. Politico reported that the Chicago woman claims Sauer posted explicit photos of her on a social media site to lure other men into sexual conversations.

Lake County GOP officials will decide on a replacement for the 35-year-old Sauer.

The woman told Politico she met Sauer online. They began a relationship and she shared intimate photos with him. The two broke up last spring. The woman says she filed a complaint with Chicago police in July when she learned Sauer had posted the photos.