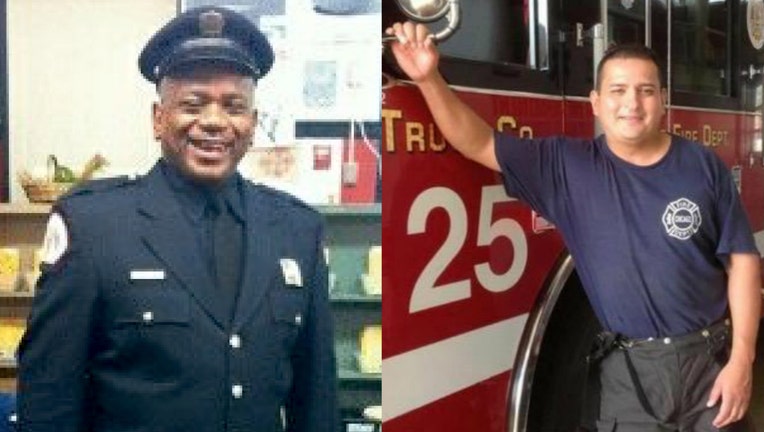 The benefits will provide the families of Mario Araujo and Edward Singleton with one-year’s salary and funds for funeral expenses, CFD spokesman Larry Langford said in an emailed statement.

“Our current situation is unprecedented in the history of our department and will be addressed accordingly,” Fire Commissioner Richard Ford II said in the statement. “These two members made the ultimate sacrifice to protect those whom they swore an oath to serve. We will not forget our obligation to their families in this time of crisis.”

The department will also assist the families in obtaining other federal, state and local benefits afforded to members who have died in the line of duty, Langford said.

Any death of a CFD member will be reviewed on a case-by-case basis for determination of line-of-duty status, he said.

Singleton, a 33-year veteran of the department, died April 14 from complications of COVID-19. The 55-year-old worked at the firehouse at Midway Airport, and leaves behind a wife and two adult children.

One week earlier, Araujo became the first firefighter of the department to die from the coronavirus. Araujo, 47, joined the fire department in October 2003 and spent most of his career on Truck 25, which operates out of Engine 102 in Rogers Park on the North Side. He was single.

As of Friday evening, 109 members of CFD have tested positive for COVID-19, while 37 of them have already returned to duty, according to department spokesman Larry Merritt. There were 12 members quarantined after being exposed to someone who later tested positive for the disease.