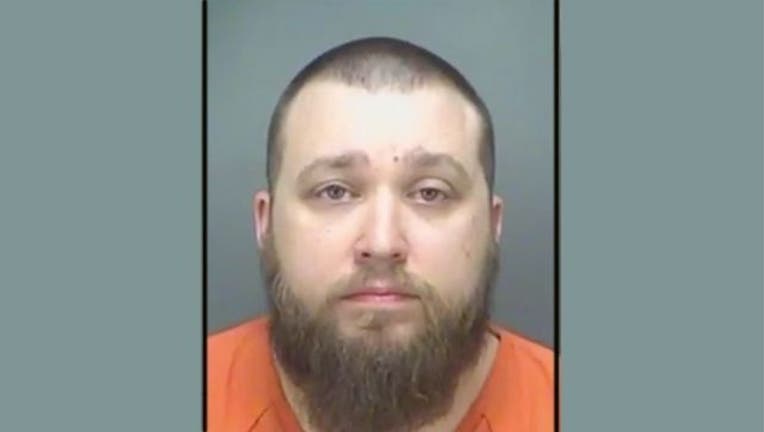 (FoxNews.com) - A Florida father was arrested and charged with attempted murder after he jammed a baby wipe down his infant son’s throat, authorities said.

On Tuesday evening, Michael Hurley, 32, of Tarpon Springs, was alone with his son when he allegedly shoved the baby wipe down the 5-month-old’s throat.

When the boy’s mother, who has not yet been named, came home from work, she found Hurley with his fingers down the baby’s throat as the baby was choking. Hurley allegedly claimed that he was attempting to pull something out of the child’s throat but was unable to because his “fingers were too big,” the Tampa Bay Times reported.

When the child’s mother began to scream, the sound alerted neighbor Cali’yah Anderson, who lives two doors down from Hurley and the boy’s mother at the Riverside Apartment complex.

When Anderson rushed over to help, she walked in to the apartment to see Hurley standing behind the kitchen counter while the boy’s mother was attempting to pull something from the boy’s mouth, which she said was bleeding.

The two eventually managed to pull the wipe from the boy’s throat.

When authorities with the Tarpon Springs Police Department arrived, they said the wipe was covered in blood and “securely balled up,” the Tampa Bay Times reported.

This led authorities to believe that the wipe was purposely shoved down the child’s throat, though Hurley claimed it was a “freak accident.” He also claimed that he could not remember what happened.

The baby was rushed to a local hospital in critical condition and was placed on a ventilator.

Police then arrested Hurley, who has since been charged with attempted murder in the first degree, according to jail records. He is being held at the Pinellas County Jail on $500,000 bail.

"He [Hurley] wasn’t doing anything so somebody had to be there for her and help her out," Anderson told the paper, adding that Hurley was slow to call 911 as the two women worked to remove the wipe from the baby’s throat. "It’s by divine intervention we were all there."