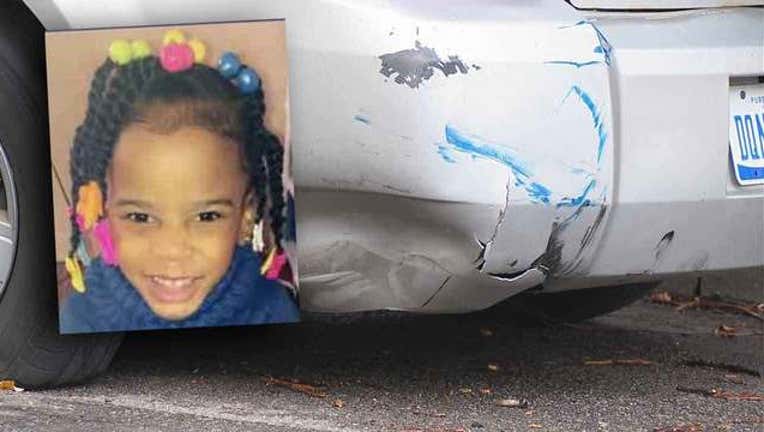 DETROIT (WJBK) - A Detroit father is facing multiple charges after his 4-year-old daughter was killed in a go-kart accident in Detroit.

Prosecutors allege Ollante Young, 29, drove the go-kart in the middle of the night with his two daughters, while intoxicated, and got in a crash. His 4-year-old daughter was killed, and his 5-year-old daughter was hurt. The crash happened around 3 a.m. on Wednesday in the 19800 block of St. Mary's Street, which is in a neighborhood near Seven Mile and Greenfield. Prosecutors say Young lost control of the go-kart and crashed into a parked car.

When police got to the scene, they saw the back-end of a car with damage. Meanwhile, a 4- and 5-year-old girl had been taken by family to the hospital.

The 4-year-old girl was eventually pronounced dead at the hospital. The older sibling was treated for non-life threatening injuries. Police say the younger girl died of blunt force trauma to the head.

Prosecutors say police eventually found the go-kart at a nearby home. It didn't have headlights or seatbelts, and only had one seat.

Young was held on a $100,000 cash bond. Defense attorney Lillian Daillo called that a 'ransom'.

"His actions resulted in the death of a child, this is a completely reasonable bond," the judge said.

Young's family is heartbroken and told FOX 2 that Young made a mistake.

"I just feel it was a very poor decision on his part. It's caused a lot of grief for all of us and himself," Cleo Strickland, Autumn's grandmother, said.

In the end, the judge agreed with the prosecution and gave him a $100,000 bond. Young is due back in court next week.

A GoFundMe has been created for the young girl's funeral. CLICK HERE.